LED Galaxy Dress For those Who Want to Glow In The Dark!

Some people always stand out in the crowd and they illuminate even the gloomiest dark moments with wit and wisdom, but the only way to glow in real darkness is to carry the light or to wear this glittering LED Galaxy dress. Galaxy Dress has some 24,000 LEDS and 4,000 hand-applied Swarkovski crystals – this dress not just glows but it glitters. 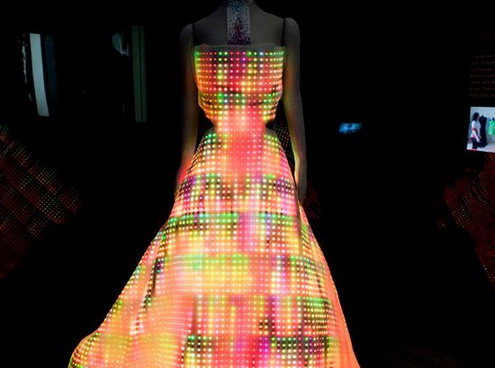 Fashion world geeks can think of bizarre ideas and Galaxy Dress seems to be one of them. The dress does not seem to be line of fashion clothing at all, this is embedded circuitry. With some iPod batteries charging some 24,000 LEDs, the dress can glow only for an hour. Imagine walking around glittering in the dark and suddenly LEDs switching off and the person becoming dark and invisible. This dress seems quite magical in away and I am sure stage performers like singers, rock stars or magicians would love it.

Galaxy dress is still a fashion design concept and prototype is being exhibited in Chicago’s Museum of Science and Industry – a geek idea of fashion with special effects.  Check out other geek fashion and clothing idea like this Geeky Maternity Clothes and Sexy Geek Fashion. 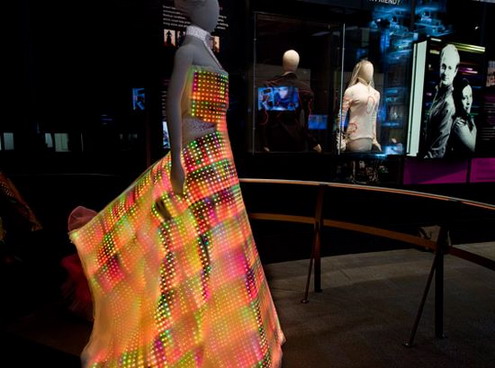