The Electronic Bracelet Watch Design is Innovative and Beautiful

What’s the simplest piece of adornment one can don? Something that is classy and elegant, something that has functionality in addition to being smart and something that need not be as pricey as buying a bar of gold in the bullion market; a wristwatch.Wristwatches have an aura of style unique to them. They range from being mere straps of leather – simple yet refined to the more swank metal bands that be altered to give the wearer a casual or a professional look. Times keep on changing, eras have come and gone and will keep on coming; but owning and flashing off a wristwatch is a trend that will never feel the slack. On the contrary, given the high PPP – purchasing power parity – of the people, it’s become almost a given that costlier the watch, the classier is the look and feel of the user. 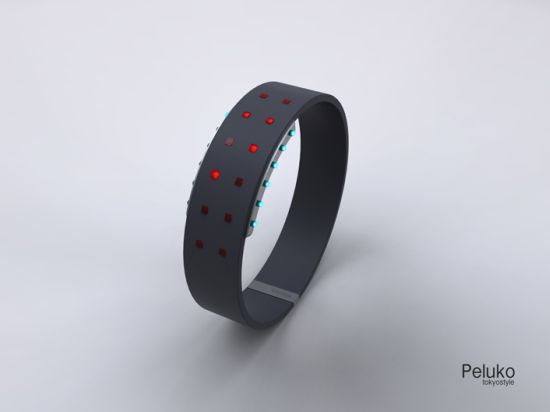 And keeping in mind the changing trend and the potential demand of the contemporary user, TokyoFlash Japan has created a blog specifically to cater the needs and imagination of the user. The blog has designs and prototypes that look fashionable and convey the ultimate purpose of a wristwatch – to indicate time. 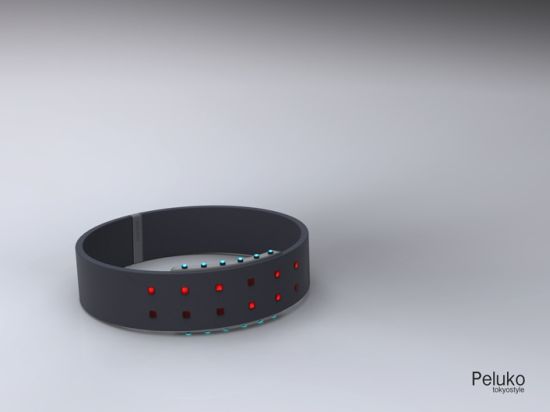 One such example of an out-of-the-box vision of a wristwatch comes from Jozze. The Spaniard has created a prototype of a wristwatch using LEDs – Light Emitting Diodes instead of the routine 12 digits, an hour hand and a second hand. 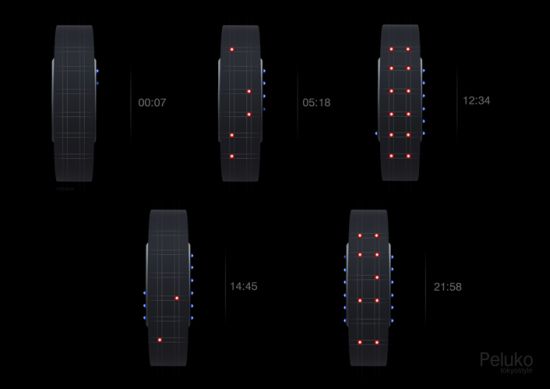 Incorporating an aluminium case and a leather watch strap, the design has been contrived to give the wearer a feature of coolness and suaveness. The prospective timepiece also aims at giving the user a USP of sorts thus imparting him with a singularity and individuality in a fast altering coeval world.

The watch consists of 12 LEDs of a five-minute group each, acting as the minute hand. These LEDS are located on the side of the watch strap – six on each side. Each of these LEDs light up and increase their brightness as the end of the five-minute period approaches and remain lighted till the end of the hour. Thereafter, the loop begins again to denote the start and the progress of the next hour.

The hour hand – or in this case – another set of 12 LED lights are located on the face of the watch strap. These lights are also placed six on each side and light randomly, denoting the passage of an hour. Simply put, according to the planned designing, if the time is half-past-12, then the LED lights on the face of the strap will not light up. But the lights located on the side of the strap, will light up with six lights denoting the 30 minute time duration. Apart from the variation in the prescribed dial format, the other aspects of this watch are similar to the present-day watches; adjustable straps and so on and so forth.

It has to be noted, though that at first glance, this watch – known as Electronic Bracelet Watch Design – definitely does not appear like a watch. It looks like a gadget straight out of a James Bond movie, with lights blinking and no visible dial on the face of the strap. A definite prospective trend setter by the looks of it, the watch does need to get introduced and propagated in the market.

Currently, only the design is being circulated by TokyoFlash though it can be an optimistic thought that since the design has been incorporated by the watch blog, one day the prototype will find its way into the mainstream market. Ironically, it happens to be time which has to play a final and determining role regarding the introduction of this product in the ultimate consumer market.

Oberon LED Watch and Nooka Metallic Gold Zub Zoo Watch are other unique fashion accessories that can make you want keep track of time every fraction of a second.