Bake On Tea Towels Come with Recipes for Memorable Dishes

If you’re using step-by-step recipes when cooking then you probably know that most smartphones, tablets and laptops are not that kitchen-friendly, with all the flour, oil and other hazardous ingredients you might need to use.

Enter the Bake On tea towels! Not only do these baking towels look cheerfully enough to turn cooking into an entertaining activity, but they also have recipes printed on them so that you can diversify your daily menu. Danish designer Chris Gojal Krogsgaard came up with the idea of creating these towels while studying design in London. There, she had to redesign a recipe as originally as possible. Realizing that neither paper, nor electronic devices are that great in the kitchen, she proceeded to thinking of a design that could be printed on fabric. After all, unlike paper and electronic, fabric can be washed and it’s clean again before you know it.

One of the most important things handled by the designer is the mise en place. While this concept is mostly used in professional kitchens, I really think it should find its way in the lives of common people, as well. Each of the towels includes a spot for each of the ingredients the recipe calls for. More than that, the ingredients are placed on the towel in a particular order, or more exactly, in the order they are going to be used. In case additional instructions are needed, they are provided on the towel. This takes away some of the chaos that governs over modern kitchens. 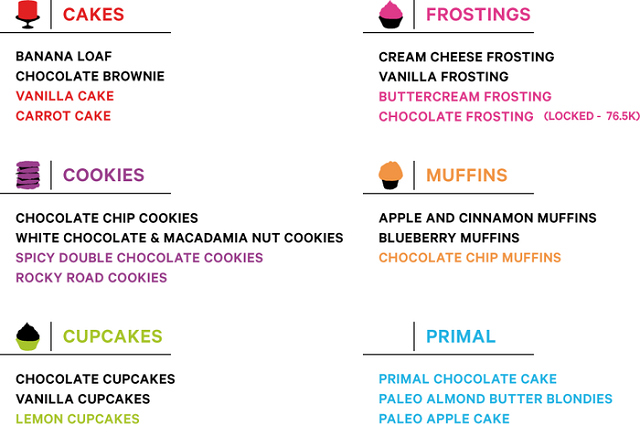 As you can see in the above image, there are plenty of recipes to choose from. Ideally, cooks would order all of these, but in that scenario, things may get a bit out of control, as the whole set is a bit expensive.

The Bake On baking tea towels are currently featured on Kickstarter, where the creator looked to raise kr77,298 DKK (approximately $13,200). Even though the crowdfunding campaign still has 22 more days to go at the time of writing, backers have already pledged more than twice the funding goal, so these towels will become a reality quite soon. For the equivalent of $37 (as all the other Early Bird options are long gone), you can have two tea towels of your choice sent to you in February 2015. The entire set, however, is about $435, should you wish to have them all.