The space between smartwatches and the Pip-Boy 3000 needed to be filled with something that worked as a smartphone regardless of how unusual of a design it had.

Geeky ladies seem to be neglected by the majority of wearable manufacturers, as smartwatches and smartbands typically have either a masculine or a neutral design. Sure, Intel’s MICA (My Intelligent Communication Accessory) makes exception from that rule, but it’s among the very few devices that do. Blu, a very generically named wearable, intends to put the smartphone around your wrist, so you no longer have to worry about misplacing it or about not being able to fit it in the pocket. 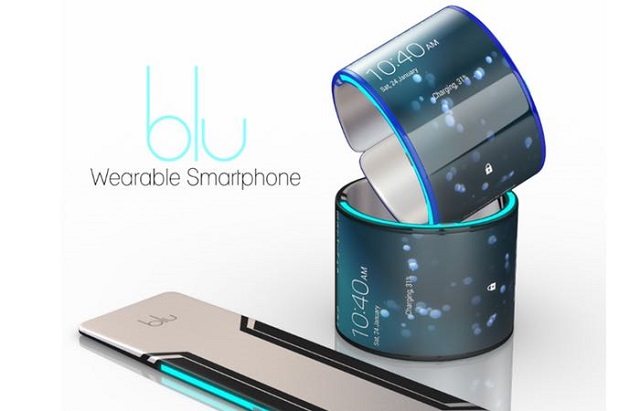 Here’s the description of the device, as written by its Perth, Australia-based developers:

“Blu isn’t a Smartwatch, it’s a Wearable Smartphone. Blu is the Smartphone on your wrist, the unique combination offering both the ‘power of a Smartphone’ and the ‘flexibility and convenience of a Smartwatch’.

Until now, our only option was a Smartwatch, offering only a small mirror of a Smartphone. Smartwatches just aren’t as ‘smart’ as they could be. We wanted to create a truly smart device for people like you and me so we made Blu.

Blu is a Smartphone, the most personal device offering all the tools and full functionality ready at your wrist. Blu is convenience everywhere, making all activities simpler, faster and extend beyond the normal smartphone’s limits.”

As mentioned before, Blu is looking to crowdfund this wearable smartphone, and to do so, it asked for help from Kickstarter. Their $600,000 AUD funding goal won’t be that easy to reach, but come to think of it, it takes a lot of money to turn something as innovative as this from a concept to a mass-produced device. At the time of writing, backers had pledged a bit over 10% of the funding goal ($65,753 AUD, or $51,477 USD, to be more precise), but there were 39 more days to go until the campaign’s end.

Should the campaign be successful, anyone who has pledged $199 USD or more as an early bird, or $299+ as a regular backer should expect to receive the Blu wearable smartphone in August 2016. Considering how fast the tech world moves, there are a lot of things that could happen in the 14 months it takes Blu to manufacture a commercial version of this device.