We remember being fascinated for hours by Russian Nesting Dolls at Grandma’s house when we were younger; It was amazing to see the way that the different Matryoshka dolls would fit into each another all nice and snug. While we no longer get our kicks by seeing the traditional Russian Dolls from our youth, we could still appreciate the variety of geeky and cool designs that they come in. In this awesome collection, we have gathered 25 “Not your Grandma’s kind of Russian Nesting Dolls” which could make the geek within you appreciate the Nostalgia and the old time tradition. 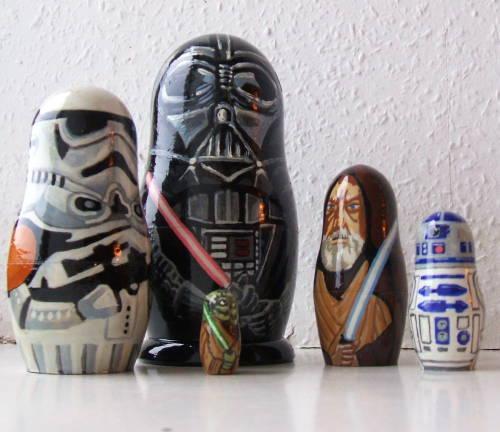 Any Star Wars geek would have a difficult time to put these Russian Nesting Dolls down, and it would take tremendous Jedi force to keep your hands off of them. 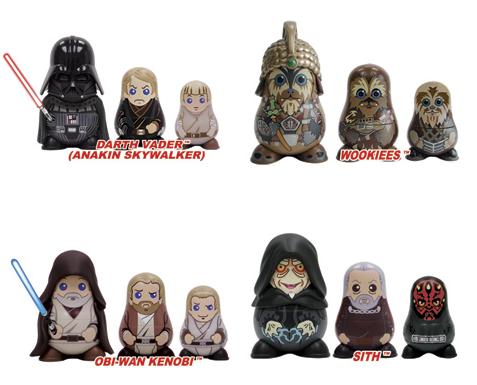 Fans of the Anime hit Evangelion would simply adore this Rei collection of Russian Matryoshka dolls that bring Manga to the old tradition with bright colors and theme. 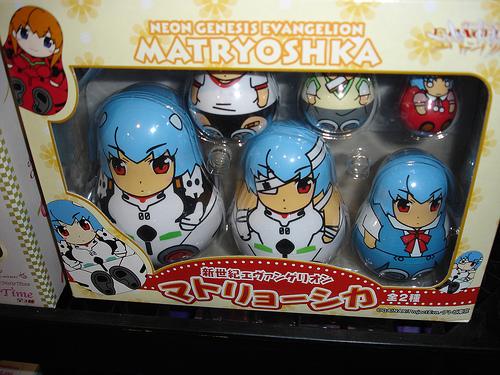 This may be the original cast of Star Trek characters, even before Star Trek the Next Generation, but it is definitely a collectible for any Trekkie that could helo you boldly go back to your childhood days. 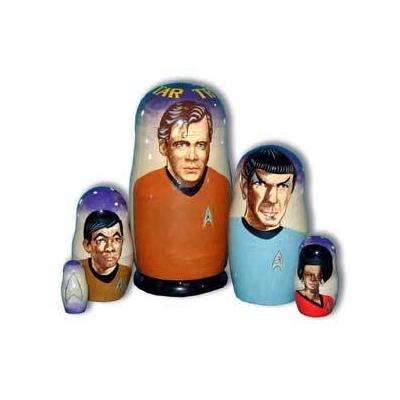 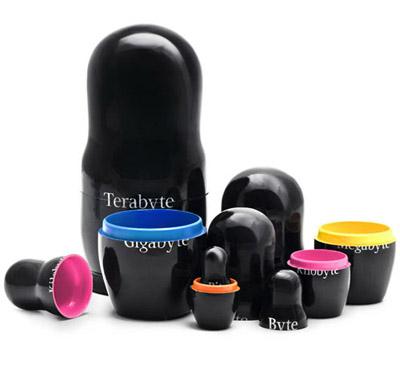 Any geek would appreciate the way that the computer memory measurements are stacked up inside one another, which could also be a good way to remember the differences and sizes. Here we have two separate versions: all white or designer black with a colorful inside. 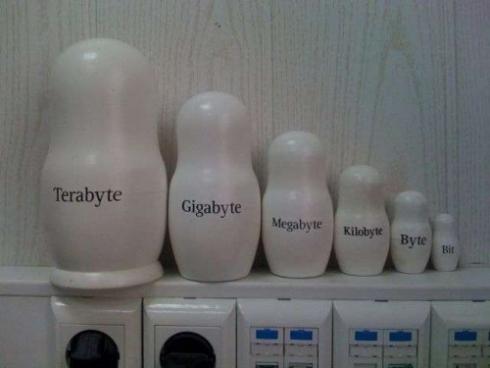 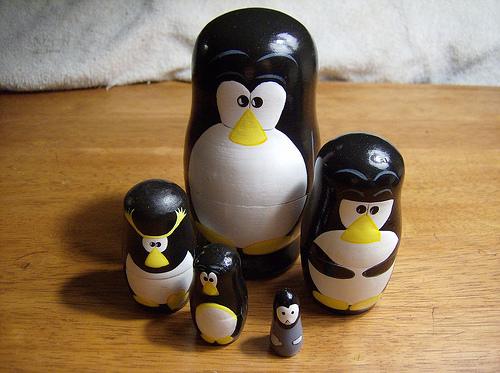 Definitely a fan’s artwork, Batman and his most famous rivals (the Joker, Catwoman, Two Face and the Penguin) are colorfully crafted as a cool collectible for Comic geeks. 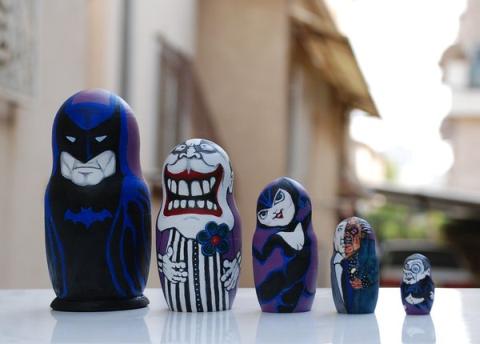 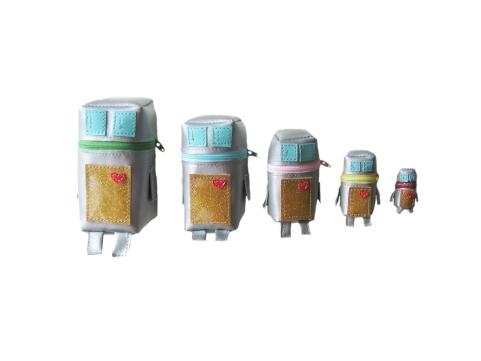 No Geek collection would be finished without a touch of some Robot love, and these Russian Dolls Robots show the love and also that they have a heart attachment. The second ones are crafted together and the third set are cartoon like with all three providing a non-traditional look. 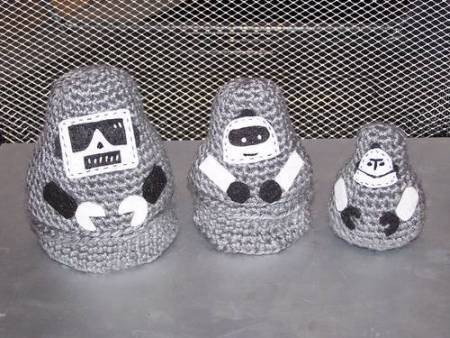 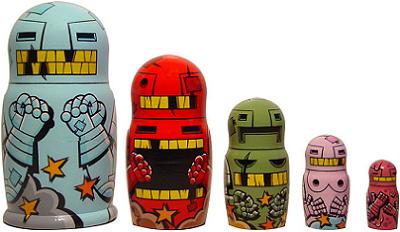 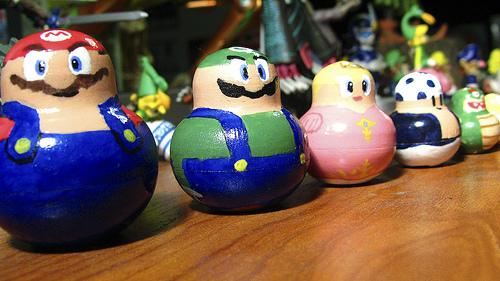 These Matryohska dolls creation isn’t just creative but also allows us to see the true evolution of cellphone by size, looks and portability. Each phone fits snug inside its predecessor and should help us appreciate the innovation of mobile phones. 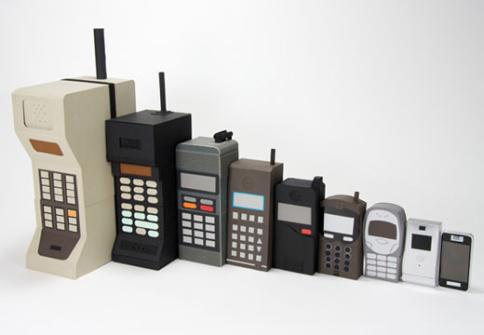 These Russian Nesting dolls are created in Ode of the Left 4 Dead video game characters and look rather evil, making us rather want to play the game then play with this set. 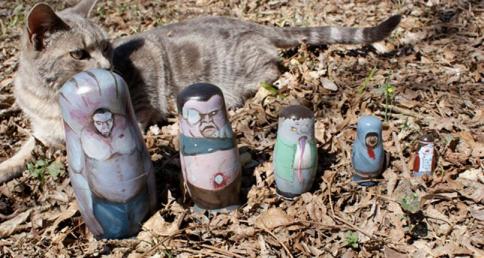 Geeks don’t only have to be into Technology or Gaming, for some may also enjoy an occasional Horror flick. So from the classic films such as Friday the 13th, Nightmare on Elm Street, Dracula and a few more, here is a homemade Russian Doll collection that could raise the hairs on the back of your neck. 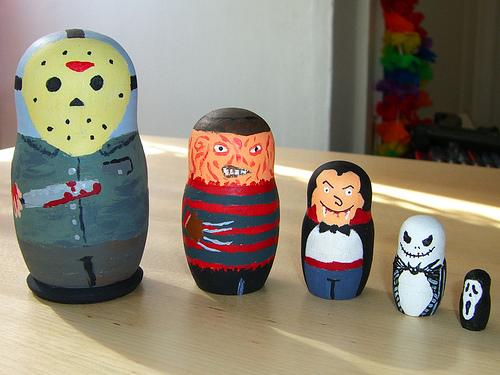 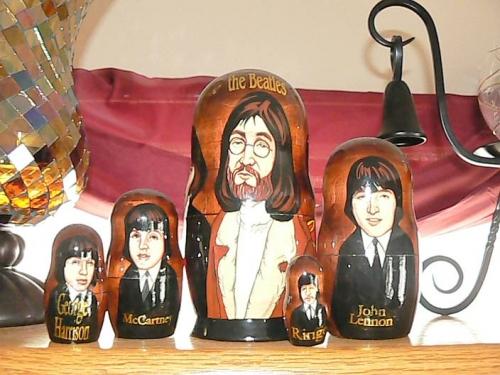 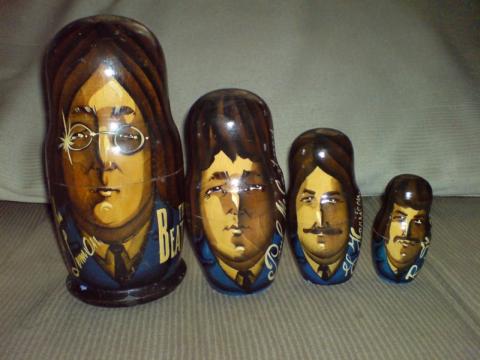 Some geeks also love different music, but these are simply a few colorful Russian dolls inspired by probably the most famous band ever…the Beatles. In each of the four sets, John Lennon is the main doll with Paul McCartney, George Harrison and Ringo Starr following along. 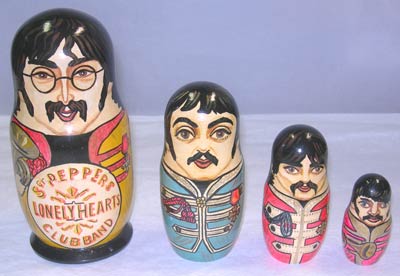 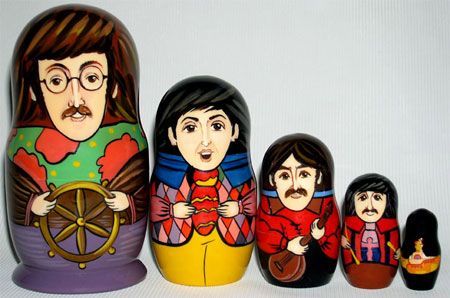 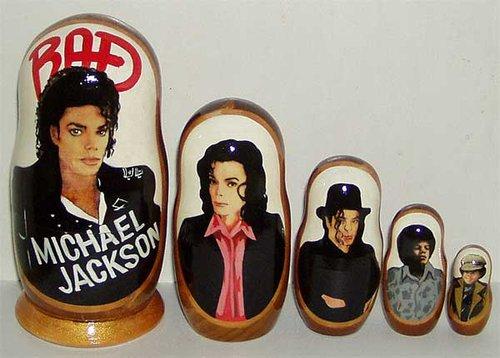 May Michael Jackson rest in peace!

This is great fan’s artwork long before the King of Pop’s death that shows Michael through the years and inspires additional artwork. 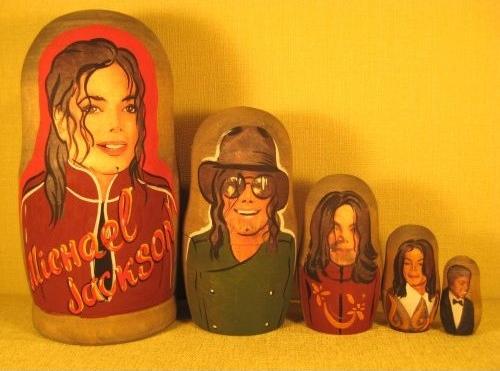 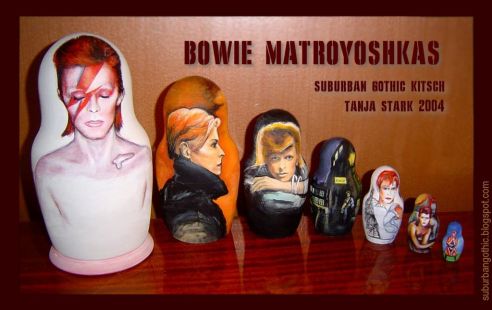 David Bowie is an artist who I would believe could appreciate this creation by Tanja Stark and could probably write a hit song on Russian Dolls taht would accepted by his fans and the rest of the Music world.