I am not entirely sure why,but I have been a big fan of fused bead art since I was a kid. This could be because I feel like the process is simple enough to pick up for kids, while adults can have fun creating more elaborate designs as well. If you are curious as to the potential of Perler beads, you have come to the right place, as these geeky bead creations display some of the best designs I have come across. 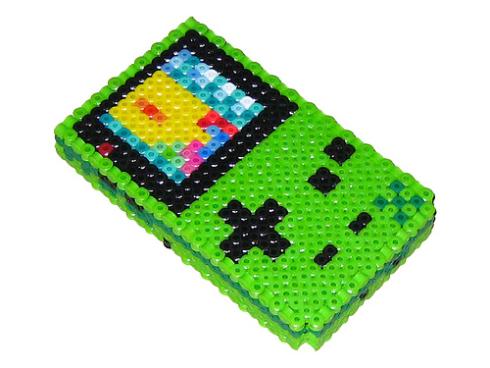 I have many fond memories of my original Gameboy, even as I still have nightmares about trying to adjust the light in darker conditions so I could see what the hell is going on in the screen. Still, this Gameboy Perler Bead Sprite Set does a great job of re-creating the Gameboy magic. The beads are arranged in a grid to form an image similar to the original sprite, which are then fused together by heating. The end, result, as you can see, is a 3 dimensional image of the classic handheld console. Now if I could only figure out how to insert cartridges into it. 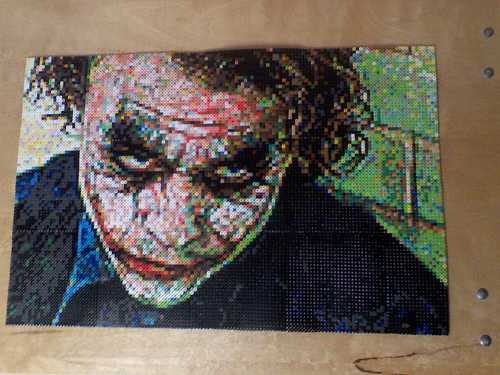 Generally when you think mosaic, you have images of sand, stone, and/or tile, but these Perler Bead Mosaic Paintings have a flavor all their own. I don’t want to think about how many beads it took to put these incredibly detailed pieces together, but they look fantastic. The original creator works as a full time sign maker, and you can tell by the quality of the craftsmanship. I haven’t gotten beyond making 8 bit Nintendo sprites myself, but this guy is in a league of his own. 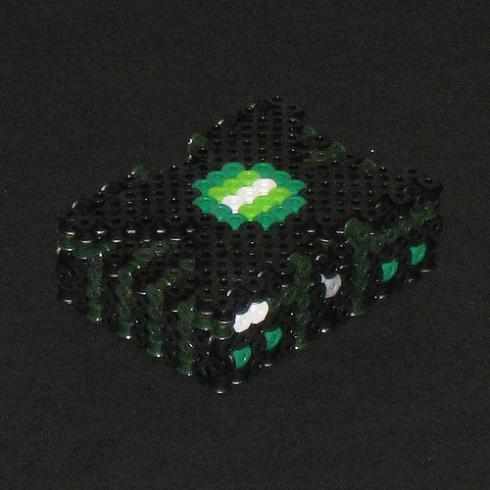 If the Gameboy wasn’t enough to satiate your appetite for awesome looking bead creations, then look no further than these Perler Bead Video Game Consoles. All of your favorite console creations are included, and no one is safe. Even some of the more obscure consoles such as the Sega Dreamcast are shown, and it would be fun to put together a set of these for your local office cubicle. My personal favorite is the Coleco Vision 3D console. Seriously, who even remembers what that was or what it did anymore? It was obscure at the time it came out, but not it is relegated to being a relic. The design seems to lend itself well to a bead format, though. 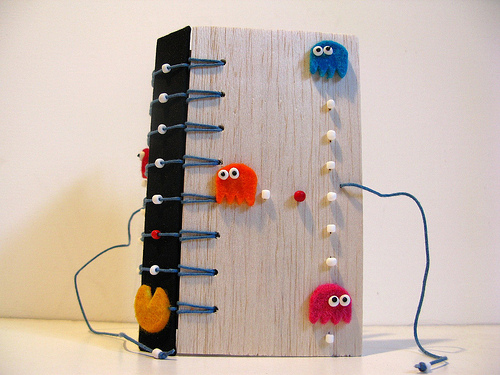 While technically not a pure bead creation, the beads are still an integral part of this Pac-man notebook design. I mean what is Pac-man going to eat if he doesn’t have beads on there? Nothing, that’s what! This is an incredibly unique way to show off your Pac-Man spirit. I am sure you have come across Pac-man notebooks before, but probably nothing as interactive looking as this one. If geek is in fact chic, then this notebook is the way to go. 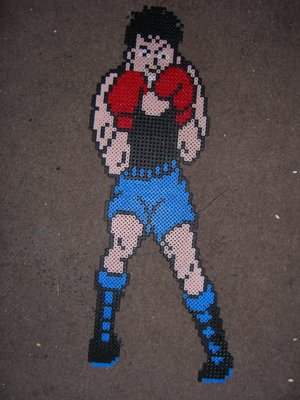 8-bit games from the original NES console lend themselves well to the Perler bead format, but there are few games that would do so as well as the original Mike Tyson’s Punchout. These Perler bead sprites from Punchout are a testament to a bygone era. Everyone loved the hilariously scaled difficulty of the game, and working your way up to Mike Tyson was no easy to task. For a moment, you almost believe that a no-name Little Mac, despite his small stature, could stand up to the legendary Mike Tyson and win. Sure, we know that isn’t very realistic, but the game was fantastic, and there are few that can match the original magic.