How To Stay Caffeinated

Everyone knows that there’s nothing quite like coffee to wake you up, but you don’t have to rely on such conventional means to get your caffeine!  There are many more methods of consuming caffeine than there used to be.  All you need is an arsenal of caffeinated items.  Once armed with these products you can defeat sleep and conquer any task.  There is more than enough caffeine here to get you through the day, so be careful not to use too much at once.  Caffeine is a drug, you know.  But, if you’re already shamelessly addicted, we’ve got you covered! 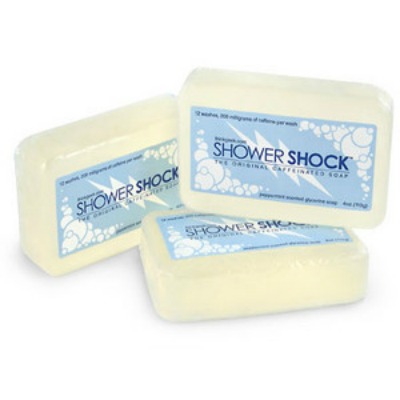 Prepare to be awakened like never before.  Most of us rely on showers to regain our senses each groggy morning.  They generally get you to that first cup of coffee, but they still could be better.  Use $6.99-$37.99

Shower Shock Caffeinated Soap for a pepperminty good morning!  It does not contain any harsh ingredients, as it is vegetable-based, but it does have about 200 milligrams of caffeine per serving.  Now you are prepared to face the day with vigor and caffeinated tenacity.  If you want to be super prepared, however, take advice from ThinkGeek and enjoy a rich lather over your entire body before washing any of it away! 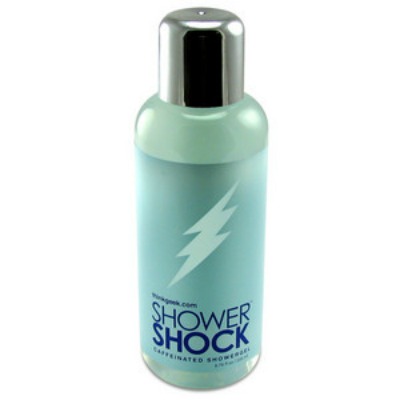 for a 200-milliliter bottle.  It also has a pepperminty goodness and gives you about 200 milligrams of caffeine per usage.  This slightly tingly gel should render you super squeaky clean! 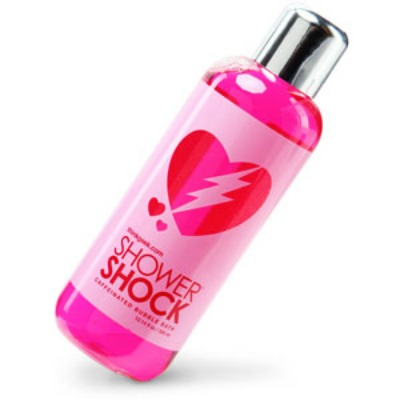 Traditionally, bubble baths are meant for relaxing, but what if you just want a little sudsy action before a big night?  Shower Shock Caffeinated Bubble Bath can help keep you awake for the festivities, as well as allow you to enjoy a cool relaxed demeanor.  It has a sweet strawberry scent that should leave you smelling delicious.  1200 powerful milligrams of caffeine are within each 300-milliliter bottle, along with a few other ingredients.  This $9.99

bubble bath is sure to make you feel a little frisky! 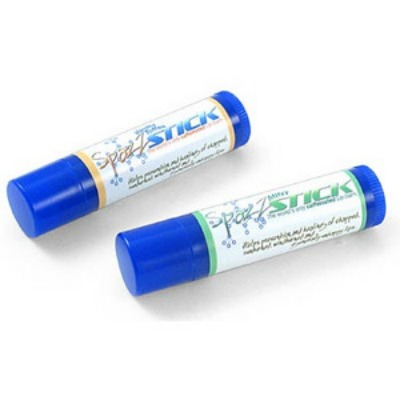 Pep up your lips with some good old-fashioned caffeine.  Spazzstick Caffeinated Lip Balm can perk that pucker for $2.99 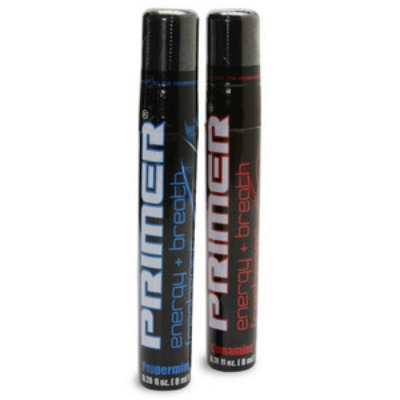 When you use breath spray, you are essentially preparing yourself for some sort of event.  Thus, it makes perfect sense to heighten your senses a bit with a little jolt of energy in the form of Primer Caffeinated Breath Spray.  This little item packs in 33 milligrams of caffeine per single spray.  $4.99-$8.99

will buy you 1400 milligrams of caffeine in 8 small milliliters! 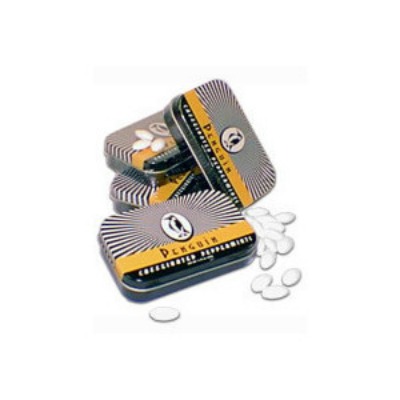 Another way to efficiently freshen your breath would be with mints containing highly concentrated amounts of caffeine.  Penguin Mints cost $2.99-$10.99

and contain about as much caffeine as a soft drink within only three mints! 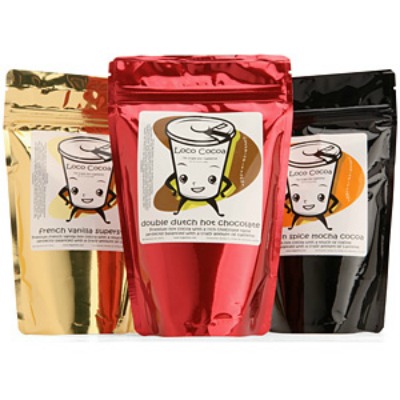 Enjoy a delicious cup of hot cocoa that will deliver 175 milligrams of caffeine in one of three flavors (Double-Dutch Chocolate, French Vanilla, or Pumpkin Spice).  Each flavor arrives in it’s own resealable package.  Caffeinated Hot Cocoa Mixes cost $4.99 – $6.99 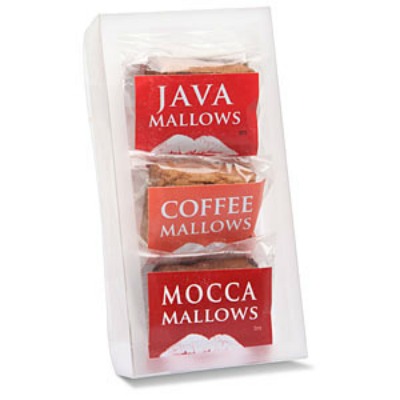 Don’t forget marshmallows with your hot cocoa!  Eat these $5.99

marshmallows and you will receive 200-280 milligrams of caffeine per mallow.  Hyper- Caffeinated Coffee-Flavored Marshmallows are even Kosher! 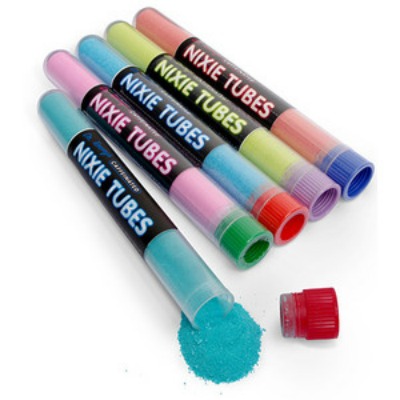 Does the adult version of your inner child wish you could just walk around with pockets full of easily-digested caffeine that could hopefully taste like candy?  Well, for $7.99

, now you can!  ThinkGeek has put “sour powder candy” in tubes for your convenience.  Each serving contains 200 milligrams of caffeine! 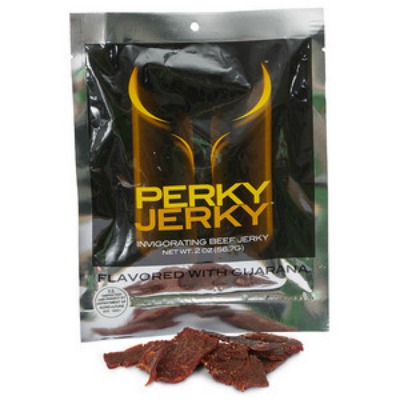 bag, which is 2 ounces, of Perky Jerky for 150 milligrams of caffeine via guarana. 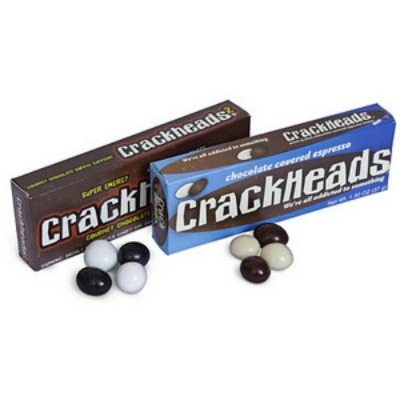 Everyone reading this article could relate to some Hyper Crackheads … in their tummies, of course!  Crackheads is a $2.49-$9.99

Caffeine is your drug and it comes in all kinds of fun varieties.  Enjoy, but use with care and don’t forget to share!

If you still want traditional coffee try this coffeemaker and tea may be best made by this tea kettle.