Modern geek homes have many gadgets to ensure security for instance there is camera, close-circuit surveillance camera, spy camera, interesting geeky locks etc but still it is difficult to deter modern robbers who use  equally geeky gadgets to break in homes.  Mint Security Alarm design and concept created by Mintpass seems to be most simple and geeky gadget to mislead and scare-off robbers/thieves trying to break in empty home. 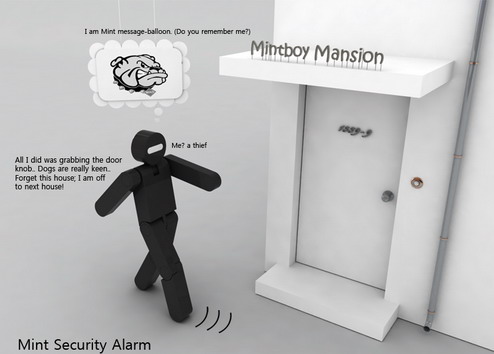 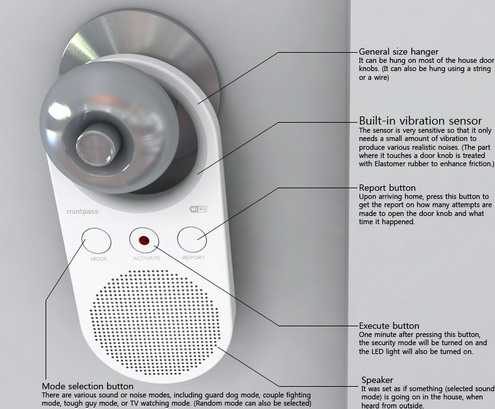 This yet another geek alarm gadget which can be hung on the inside knob of the door comes equipped with a sensor that senses vibration and triggers alarm which produces various pre-recorded sounds. It can store various interesting sound modes such as guard dog mode (sounds of barking inside the house) or couple fighting mode (human voices) and other interesting modes(click here for sounds). 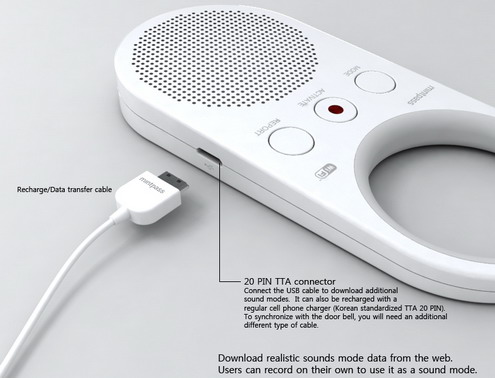 In short this gadget can produce deceptive sounds inside the empty house and discourage miscreants. The further geek aspect is this alarm also comes with a Wi-Fi module which sends a signal to geek owner’s mobile device wherever he/she is the moment thief turns the door knob or someone rings the door. In fact owners can also hold conversation with the intruder and completely deceive the thief. 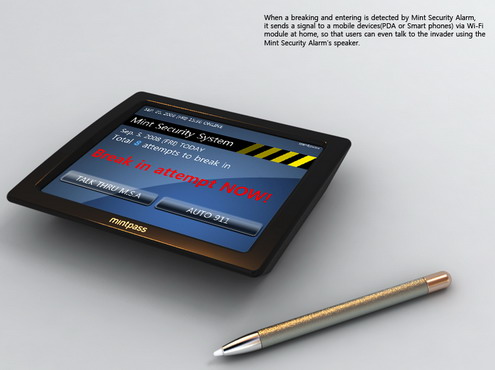 Here are couple of other deceptive geek concept and designs for geek homes – The Sound Bulb Concept and The Wireless Switch.