The Nightmare Before Christmas Playing Cards

The time for Santa Claus, presents and elves is here. What better way to celebrate the holiday season and let that festive spirit burst forth than by being the proud owner of The Nightmare Before Christmas Playing Cards! 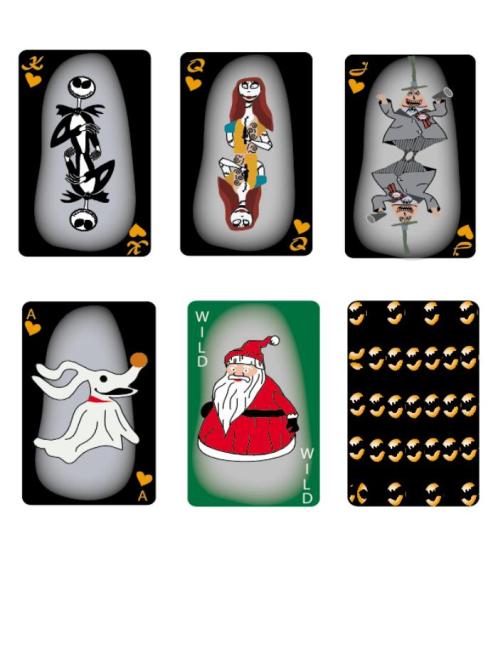 Why would you ever resort to making use of those regular cards with Queens and Jacks when instead you could play with its cooler contemporaries? That’s right, these Playing cards promise to make that jaw drop with wonderful almost life like (or puppet-like) representations.

Enjoy Christmas with our notorious skeletal friend Jack Skellington with the alias of ‘The Pumpkin King’, his lady love Sally, The Dr. Jekyll and Mr. Hyde of Halloween Town – The Mayor and loveable characters like Santa Claus – The Leader of Christmas Town and Jack Skellington’s faithful ghost dog Zero and many other characters! These cards promise to be a special treat during Christmas, which will entertain kids and adults alike and with horrific pictures of ghouls and skeletons on these scary cards, it will feel like Halloween 365 days a year!

So, go ahead, buy The Nightmare Before Christmas Playing Cards and make it a part of an unforgettable Christmas! You can also enjoy Christmas and card play with a Solitaire Card Cake or 22 Hot Christmas Gifts for Her.