Monster movies and horror fiction have come of age and are now officially cool. Be it Halloween or otherwise, Frankenstein, Dracula, and Wolfman will always be associated with this genre and though they have been around long enough to be considered dark legends, their offsprings now rule the tweenage monster world.Enter Monster High. But how? The Monster High iCoffin, a handheld device brought out by Mattel this year, as a part of its consumer product line associated with its wildly popular and freakishly stylish dolls. It is the beginning of a craze as it unleashes fear and sets loose the monsters under your bed like you can only imagine.

With the Monster High iCoffin, you can keep yourself updated with all the high school gossip and drama that these modern-day ghoulish yet spectacular girls are a part of. The ‘coffin’ flaunts a sizeable display screen and a keyboard that can be slid open. This handheld device can be used to play games, text, and keep yourself fascinated and hooked to it for hours! The best part is, this ‘toy’ is not just for tweens and those younger, teenagers and young adults have admitted to being charmed by it and call themselves its fans. 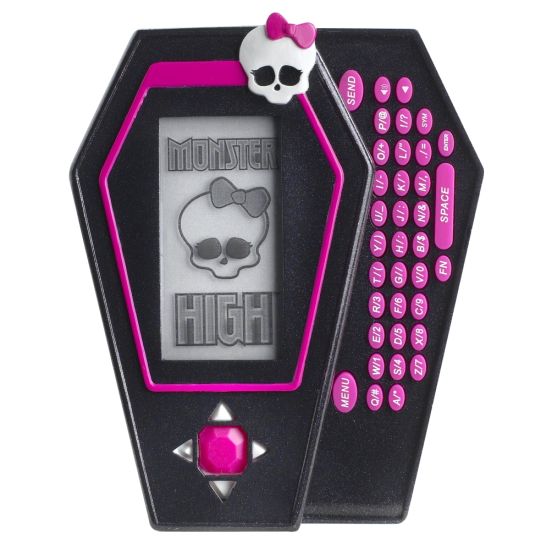 A ‘must-have accessory for every chic ghoul and gal’ out there, this little gizmo does not just have a creative and eye-catching design but its features and applications are tasteful and clever. It might just get your whole family hooked! You can check e-mail and text the other characters, plan out your schedule, choose between fabulous apps, and also has a map that allows you to saunter around the hall way of Monster High. You can get started by setting your password and choosing your character from the mainstays- Clawdeen Wolf- the werewolf, Draculaura- the vegetarian vampire, Frankie Stein- the new kid, Deuce Gorgon- with the ‘Snakehawk,’ Cleo de Nile- the queen bee, and the athletic Lagoona Blue. 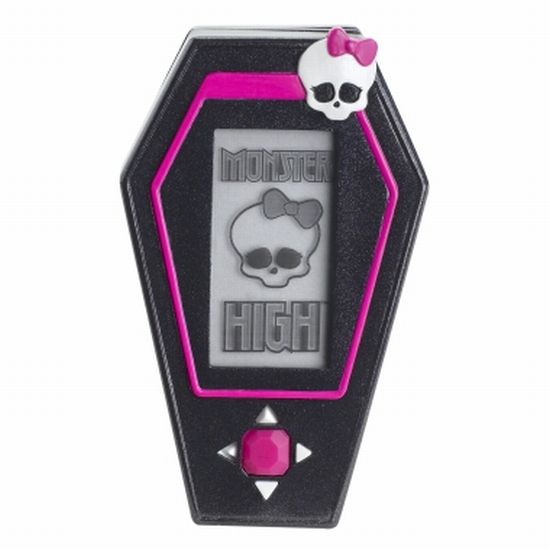 Once you are done with choosing your character, you can play the games and help your character maintain his or her grades in Monster High. Besides getting to the terrific classes, there are plenty of additional games like the Locker Game that pops up while you walk down the alley lined with lockers on your way to class. 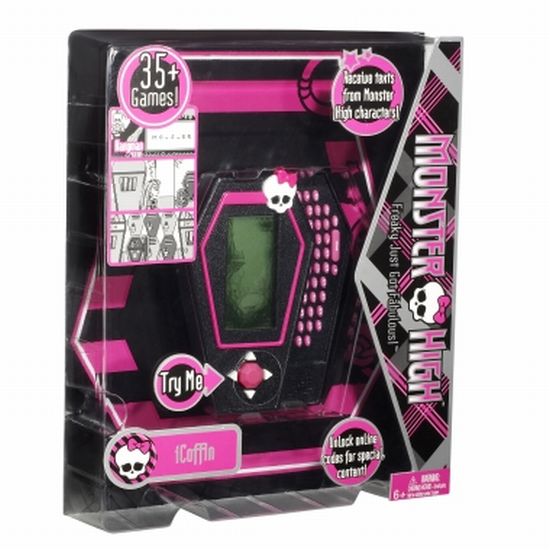 The Mattel Monster High iCoffin brings its dolls to life and creates a virtual world where you can be your fierce, cool self, just like the characters that haunt them! Priced at about $24.99, there is no reason why you shouldn’t grab one for yourself this very instant. So what are you waiting for?

If you think being wicked is not your cup of tea, take a look at other cool gadgets such as Transparent Aqua Touchscreen Mobile Phone and ZNK 2010 Mobile Phone Concept.