Another cute little thing from Norio Fujikawa! The man has really made a standing for himself by creating some amazing toys. 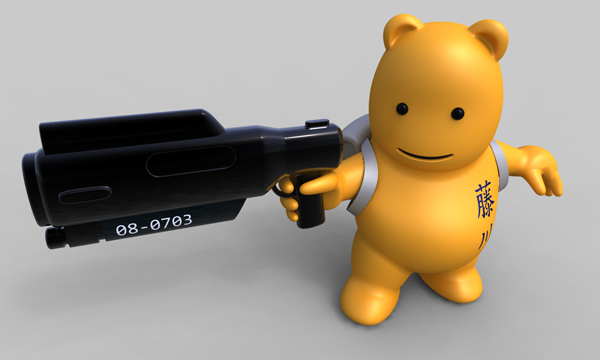 His most famous creations have been “Rocket Boy” and “Rocket Girl”, but today we will be talking about another very cute toy, simply called “Bear”. Do not get fooled by this cute, cuddly bear and Beware…it has a gun! Seems like quite a contradiction. But that is what sets this bear apart. It is modelled in Alias, and has been rendered in Hypershot. 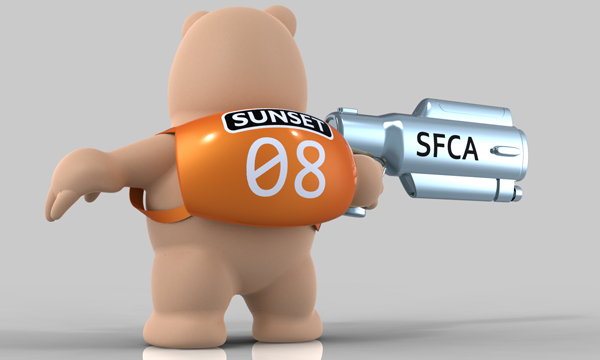 The toy is quite an interesting sight. The main feature is the bear with a smile on its face, but the thing that catches your attention pretty soon is the gigantic gun it is holding. I mean the gun is almost one-third the size of the bear itself! The gun itself looks like something from a sci-fi movie. 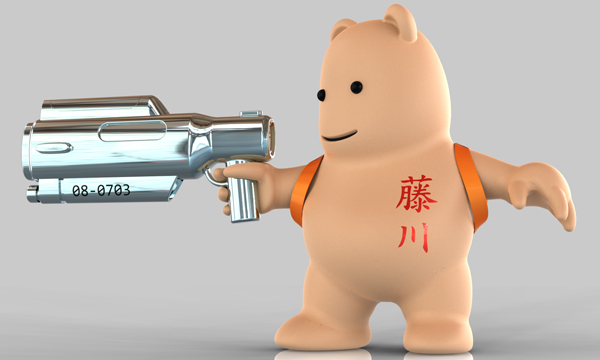 The last accessory is the backpack, probably having some ammo. The bear in the pictures have the bear in two colors, one in yellow and the other one in light orange. That is definitely one cute but deadly bear. If looks could kill.

Swear Teddy’s are again so cute.