Many of you would have owned Care Bear dolls growing up, now that you are all grown up, it’s time to get yourself a Swear Bear. These teddy bears are just as cuddly and cute as a Care Bear, but with these teddy bears, you get so much more. 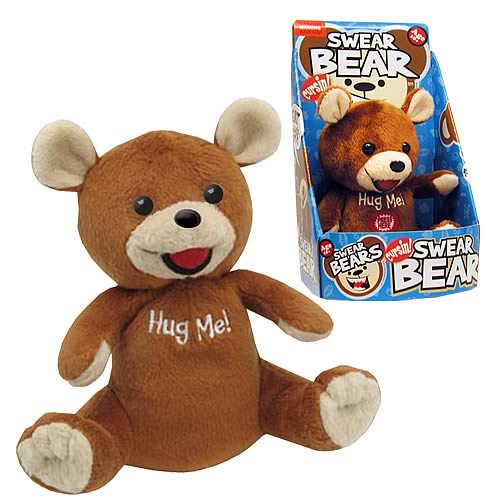 As innocuous as they seem, these bears will totally blow your mind with their unbelievably filthy mouth. They curse and they swear, and if you press their tummy, they say will tell you to “Eat s**t and die, mother f**ker!” or use some rather charming phrases like “Nobody loves you, everybody hates you, go f**k yourself!”. Who wouldn’t want a little cuddly bear that says stuff like that?

At first glance, these little 6 1/2 inch tall bears look like something that you would want to give your little daughter, or niece or some other little girl that you know, but beware! They are not as innocent as they seem! If you ask me, they are a really cool gift to give your girlfriend, especially if you want to break up with her. The bears aren’t that expensive, retailing at $14.38, so you don’t even have to worry about spending too much on a soon-to-be ex-girlfriend. Just keep in mind that these kinds of gifts have repercussions…like the headless Teddy Bear Lamps.