Protect Yourself with Attack DVR

With violence and crime on the rise, it’s always a great idea to provide some kind of protection for ourselves. Yes, the Attack DVR is a great idea to start with getting you some personal protection.This tiny gadget, when activated, produces a blinding LED light, accompanied by a piercing noise, and it records a video simultaneously. Amazing, isn’t it? For all this, the gadget is small enough to be held cozily in your hand or even attached to a key chain. The Attack DVR records audio and color video at the same time. The LED emits a blinding light, too. At the same time, a loud sound emanates from it which helps to attract attention easily and helps greatly in frightening off a probable attacker. The Attack DVR has a built in rechargeable battery. 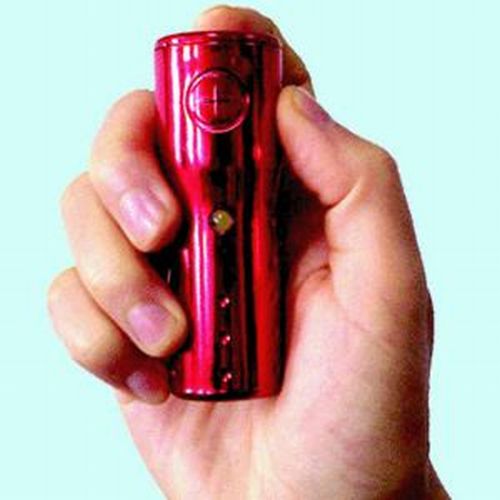 The Attack DVR has a storage capacity up to 32 GB SD cards. And it has a 65 degree viewing angle too. The pack includes an Attack DVR, an USB cable, a wall adaptor, an instruction booklet and a software disc.

To give you a brief background on how this amazing gadget works, the Attack DVR produces a blinding LED light as well as a piercing 90 plus decibel noise, and records a video at the same time. Simply stated, the Attack DVR acts as a witness to the scene of crime, but kept well hidden in a unit that resembles a pepper spray.

You can hold the Attack DVR discreetly in your hand, or have it strung on a key chain. It records audio and color video, emits a blinding light and a scary loud sound that is ample enough to attract attention and scare off a potential criminal, out on the prowl. It is well equipped with a built in rechargeable battery and a video resolution of 640×480: it also supports up to a 32 GB SD card.

In case you have been attacked by an assailant, you can easily rely on Attack DVR to provide you footage to court as a good convincing exhibit A. With Attack DVR to protect you, going out at night need not be as risky. It is equal to having your personal alarm system in place, and helps to deter unwanted felons from harming you. It gives you much needed peace of mind too, in these risky times. Get yourself an Attack DVR at the earliest !

Mace Pepper Spray Gun is yet another unusual design that you can keep with yourself for self-defense.