iJerry – two little ears, two little feet and a very long tail. Yes, it resembles a mouse and is also named after a mouse. But hold on, it is not any ordinary mouse but a companion for various occasions. We are talking about the new iJerry Surface Vibration Speaker.

Having a 124mm height and 70mm diameter iJerry is just a little bigger than any ordinary mouse but a lot more powerful. Being a surface vibration speaker it causes the surface it stands on to vibrate thereby converting that particular surface into a sound enhancing speaker. All that you would need to take care of would be to place the speakers on a hard surface for you will not get the desired effect on a soft surface. 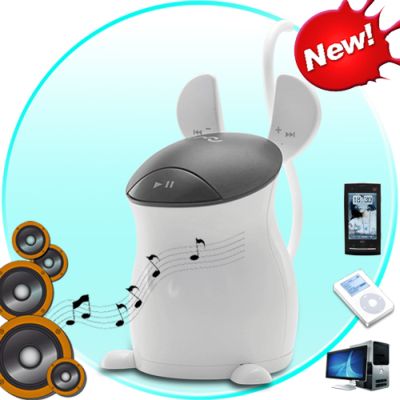 There is an inbuilt memory of 2GB to store and play music. But the best part is that iJerry can be connected to just about any digital media player to play the music stored on that system. It can be a laptop, mobile phone, ipod, or a desktop computer. All that needs to be done is connect iJerry with the other system using a USB connector. The resonance loud speaker can be used by connecting any media player to the iJerry speaker using a 3.5mm audio cable. It is compatible with anything like an iPhone, MP3, MP4, MP5, MP6, DVD player, stereo system, mobile phones and any other portable digital player. The inbuilt FM radio ensures that you do not have to rely upon connecting to a device always. Music is available at any point of time. 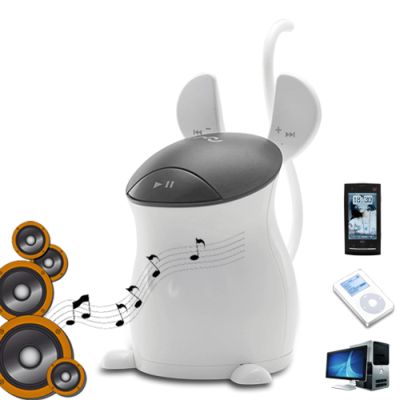 As cool are its looks so are its functions. The two ears are not just for decoration but have their own roles to play. You would need to pull these two lovable ears to alter the volume and also change the music track. Music can be played by pressing the top front portion. On the back of iJerry are three slots – USB, 3.5mm audio and power. 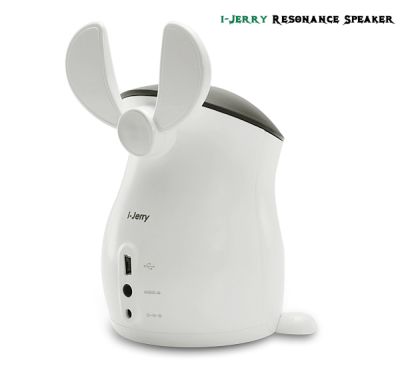 Each pack of an iJerry Surface Vibration Speaker is accompanied with a power adapter, free travel adapter, USB cable, 3.5mm audio cable, a tail and a CD manual. 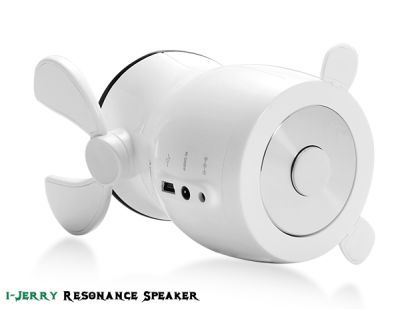 The only one thing that goes against the speaker is the fact that it does not have an inbuilt battery. This limits its portability and confines it indoors making it rely upon an external power source. But considering its many positive features this little drawback can be negated. 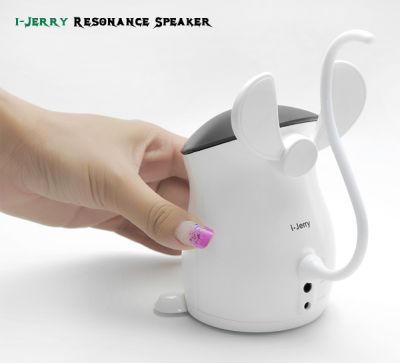 Having a 100watt speaker power and an 80db sensitivity, iJerry surely defies its size. Own it at $43.70 to believe it. 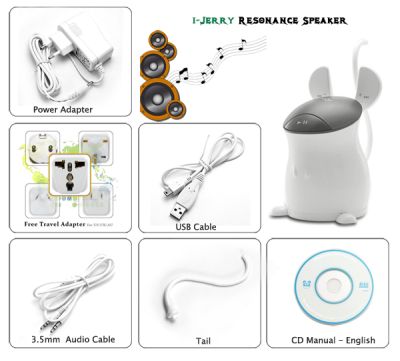 Are you eager to know more about such gadgets? Then, make sure you check out Hi Sun Beach Towel Speakers and K Box Surface Speaker.