The mobile phone is one product that does not have a very long history, but the short term that it has been around has definitely been quite interesting. Not only have the functions of the mobile undergone a dramatic change but also the handset itself.

ZNK 2010 is a new kid on the block. It comes in two models – one with a keypad and the other with a touch screen and an onscreen keypad. Functions of both remain the same, but the manner is which the functions are utilized change here. With a slight sand clock like shape, the ZNK 2010 comfortably fits into the hand. Buttons have been placed on the sides of the piece after a comprehensive understanding of where the fingers automatically rest. 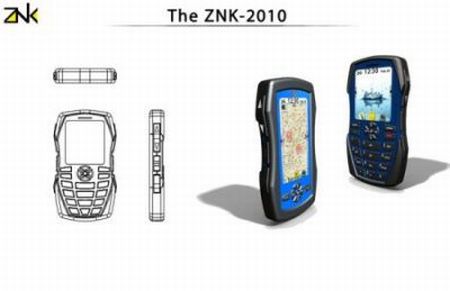 On the right side the first button is marked with a top and down arrow. This button enables scrolling through a page. Go up and down a page at the push of the button. The middle portion of the handset has a small button which serves as a shortcut to receive calls. Imagine getting a call and you picking up the phone in a hurry? All that you have to do is press the button in the middle and talk. Convenient and powerful! The third button on the right is for the camera, which helps in clicking the right moments. 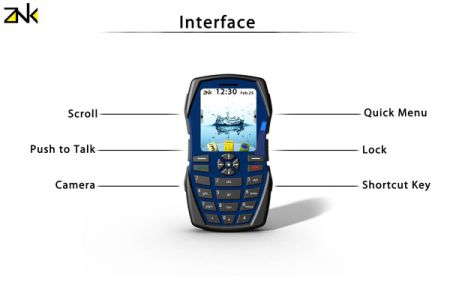 Let us move to the left side. Here again there are three button. The top one is called the Quick menu, which is used to view the mobile menu. The middle one is the lock button. Want to avoid keys getting pressed by accident? This little button could help out. The last one on the side is the shortcut key. As per your requirement you can set the shortcut functionality. 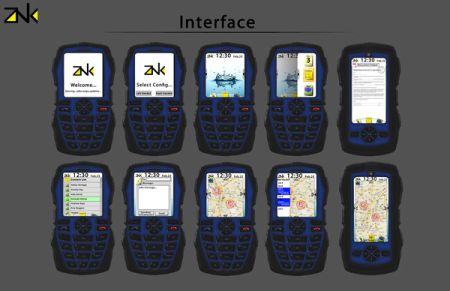 Moving on to the front of the ZNK 2010, the first look gives the impression of a neat and tidy interface. The navigation buttons as well as the alphanumeric keys are all well spaced out. This adds a level of comfort while using the keypad. When in a hurry it will be difficult to press the wrong buttons with this spaced out keypad.

Designed by Atlanta based designer Ryan Kreidler, the ZNK 2010 is one more child in the world of mobile phones. Once upon a time the mobile phone was a large black sized one with a colorless display; however, today the scene has changed completely and we have sleek colorful designs with equally colorful displays.  ZNK 2010 is available in colors like blue, yellow, pink, red, black, and green. 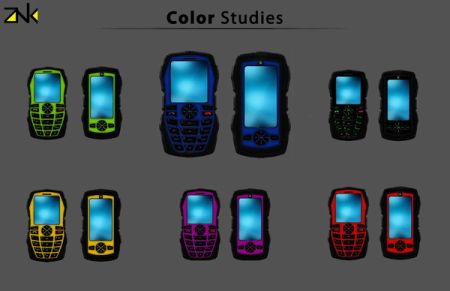 Awesome is the only word that comes to your mind when reading this article. Make sure you also go through BackFlip iPhone Case Cellphone Cake and