The Actroid F Comes to Your Service

How are androids different from those other robots with human structure? Androids are basically robots that are fantastically life-like! Their movements are devoid of jerks that are characteristics of robot. Think robot dance moves. Instead, when they shake their head, it is like a bobbing movement. It is extremely life-like and unless you are told pre-hand or stare at it while it works, it is hard to tell an android apart from a human being. Because of this, many people find them strange and describe them as creepy, since it is after all just a man-made machine. In what is known as the ‘uncanny valley,’ these androids are a reality at large.

One such android is the Actroid F. It has been named by the Guinness Book of World Records as the ‘first android in the true sense.’ A remarkable human achievement, it is quite a sight watching the android just as much when it is still, as when it is imitating human movements perfectly. Along with Geminoid F, its supposed twin, they have brought realism to the android world to the fullest. The video showing the android replicating the facial expressions and movements of its machinist, who faced a camera mounted on a teleoperating station, has got countless hits and ‘oohs’ and ‘aahs’. 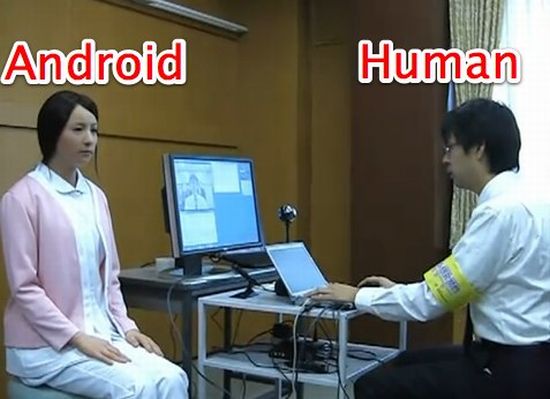 Less than a week ago, the Actroid F was paraded in public sight for the first time in Tokyo. Dressed up as a nurse, the purpose was to station it as an observer at a Japanese hospital. Its Japanese inventor and maker, Kokoro, points out that its presence assures the patients and gives them a ‘heightened sense of security.’ Its human-like features and movements also keep the patients continuous company and its animated actions could keep them entertained for hours. In the past, androids have been used in circumstances such as classrooms where they took roll calls and scolded students, following which they reportedly cried as would have been the case with a human teacher. 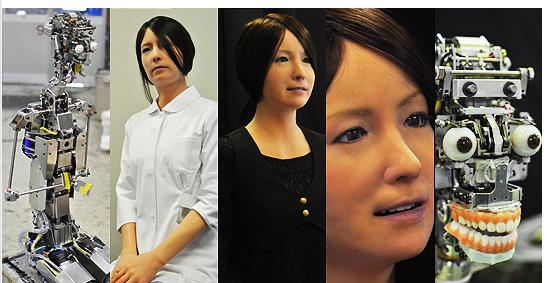 Priced at about $110,000, the makers plan to sell about 100 pieces of the Actroid-F to museums and hospitals where they can serve mechanically as receptionists, at information desks, guides, attendants, etc. This is comparatively cheap as the costs have reduced by employing minimal servomotors. The Actroid F supposedly has many takers, since the response to the trial at the hospital was favorable. The android is 140cm tall, while seated and weighs just about 30 kilograms! The makers are working hard at creating a walking android next.

The Actroid F has just paved the way to the future. Be prepared to be wowed!

Isn’t this awe-inspiring? You can also go through Hair-Washing Robot and Robot Mannequin if you feel robots should help you out in fashion too.