Weirdest Places in The World to Get Married

Every couple wants the perfect wedding, a great place where they would declare their love for one another. Some couples’ idea for “The Perfect Wedding” is a bit different from the rest of us, for example: A wedding on the top of Mount Everest, on a plane without gravity, without clothes or even in the garbage dump (!). These weird wedding places may give you new ideas for your own wedding… or NOT! 🙂

Wedding on the top of Mount Everest

In 2003 a couple from Nepal decided to get marry on the top of Mount Everest. The couple went with some friend for a trip on the Everest but didn’t say anything about their plans to get married since they didn’t know if they would make it all the way to the top. After a few days the couple and a few brave friends made it to the top and managed to stay there for 10 minutes, just enough time to tie the knot before running out of oxygen 🙂 This couple was literally on top of the world on their wedding day! 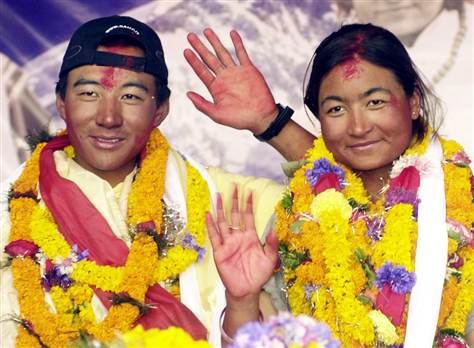 An under the sea wedding is much more popular then a wedding on top of mount Everest, although it is  very complicated to arrange and also pretty expensive. The couple and all of their guests had to have a valid scuba diving certification in order to be a part in this unique ceremony plus they had to have the perfect weather to allow this wedding to even take place. The ceremony took about 20 minutes and each side of the couple was allowed to invite between 10-15 guests. The first underwater wedding took place in 1996 in Trang, Thailand. 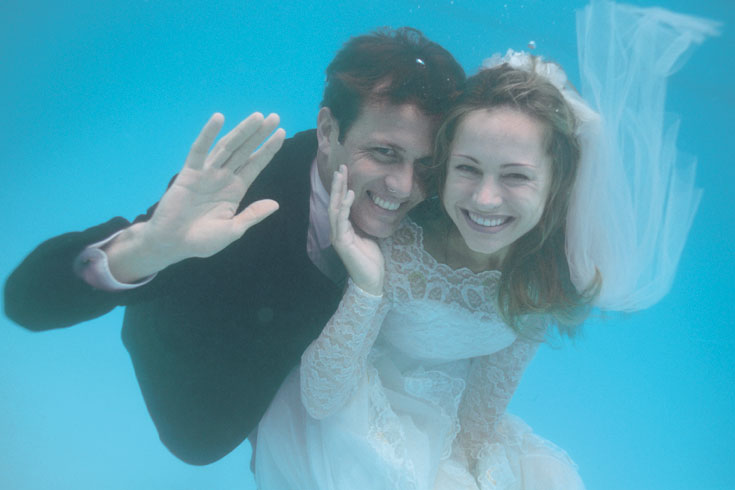 A girl usually dreams on her wedding dress since she’s a little girl… But I don’t think that many girls dream about getting married totally naked. The last time a naked wedding took place was on last Valentine’s day, where an Australian radio station announced about a wild deal: “We will pay for all of your wedding expenses if you get marry without any clothes!”. 100 couples enrolled for this competition and 9 happy couples “won” and got to get married without any clothes and with a very embarrassed ministers.

For now this is the most insane wedding on this list, and also the most ecological one. A couple from Russia got all of their guests on bicycles and rode together to city hall, where the couple got married. After the ceremony, everyone rode on the bicycles to the wedding party. This is actually a very cute idea but a bit difficult to execute while wearing heels… 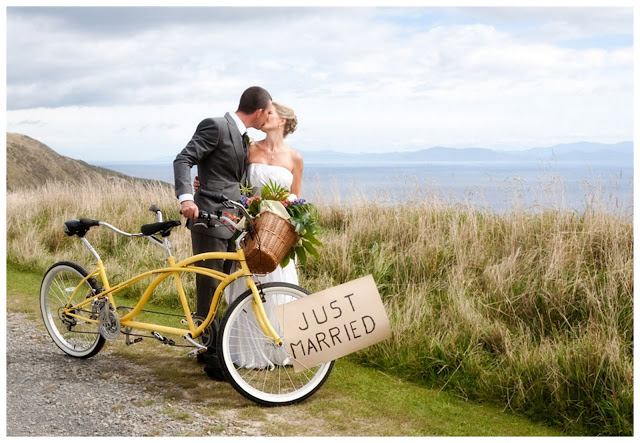 Yes I know what you’re thinking- “Why the hell would someone get marry in the garbage dump?!” You can ask Dave Hart and Rocky Graham who actually did it. 3 years before this couple became man and wife, they were just 2 recycle freaks who liked to drive to the garbage dump in Connecticut in order to volunteer and look for stuff to recycle. So yes, they met in the garbage dump and decided to get marry where they’ve met. If you look at it that way it makes more sense right (or NOT)? Their 250 guests made their way to the smelly wedding location and watched the happy couple tie the knot. Do you think the guests should have brought wedding presents for this wedding? Cause I think that the fact they came is the actual gift! 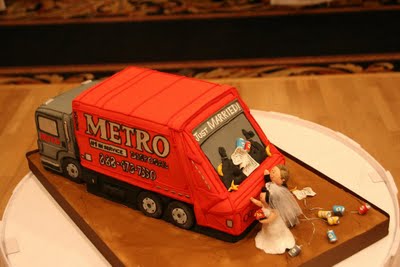 This Belgian couple Sandra Eens and Jeroen Kippers decided to bungee jump after getting married on a platform hanging some 40 meters above the ground at a former military base in Sint-Truiden, Belgium. The couple didn’t jump alone, 22 brave guests joined them. You can say that this couple jumped into married life 🙂 I wonder if they managed to kiss while falling down… 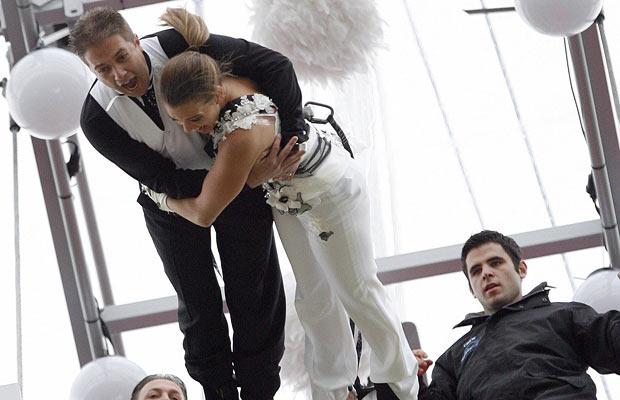