Barbie always mulls career change these days and all that she needs to get a new job is to change her garb. Now for 126th time Barbie is undergoing makeover yet again and this time she has transformed from being News Anchor to Computer Engineer. 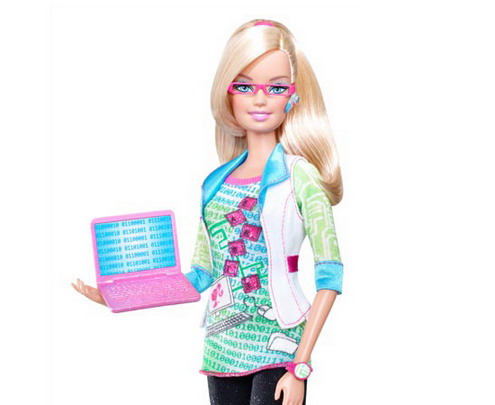 Well, that’s a very geeky career for a chic doll but then as they say looks are deceiving and it is high time Barbie broke blond girl’s stereotypical image. So here is Barbie’s new avatar as a geek computer engineer complete with pink computer, pink glasses and Bluetooth headset. 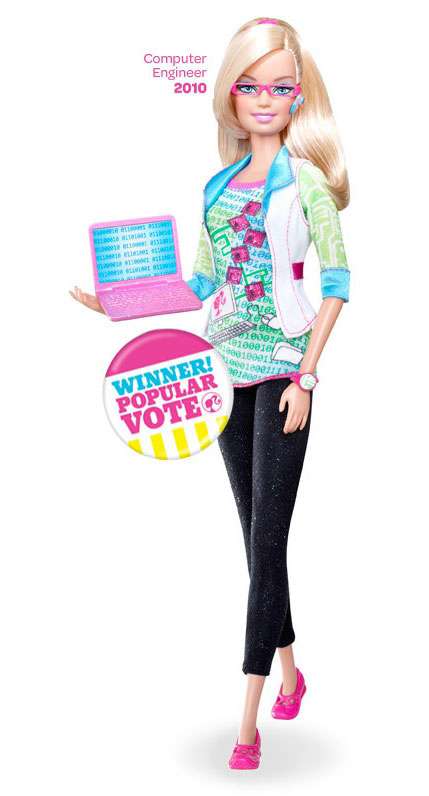 Critics and cynics may again aim at this pink geek Barbie for she tweets and puts her Bluetooth headset something real computer engineers are unlikely to indulge in. Well, first of all it was decided by popular twitter vote that she should be computer engineer and maybe this chic doll is going to inspire generation next to be a cool chic computer engineer who is a geek, gadget freak and also loves to tweet. Interestingly this geek chic dresses in pink & blue geek prints coupled with pair of pink specs and shoes.

No one can deny Barbie’s global popularity and the fact that she is a role model for little girls even in remote corner of the globe. Her versatility is appealing take a look at Barbie as Wicked Witch of Wizard of Oz and Star Trek Barbie Dolls. Computer engineer in 2010 is a good cerebral move Barbie – aim for that metaphorical glass ceiling and break it in chic style!