Beats by Dre Headphones Get the Hello Kitty Treatment

The special edition of the Beats Solo2 and Urbeats were made to mark Hello Kitty’s 40th anniversary, but considering that two of Taiwanese airline EVA Airways’ planes have Hello Kitty practically painted on them, these headphones really shouldn’t come off as a surprise.

Solo2 are the most popular Beats by Dre headphones, which explains why Hello Kitty chose these to be adorned with their logo all over the headband. However, audiophiles haven’t been seeing Beats by Dre products with good eyes, and that happened even before Apple paid $3 billion to acquire them. Just head over to the Head-Fi forums and you can find there threads from three years ago where people criticize the Beats headphones for being overpriced and cheaply made. Just in case that wasn’t clear enough, stamping a Hello Kitty logo doesn’t make them any better. 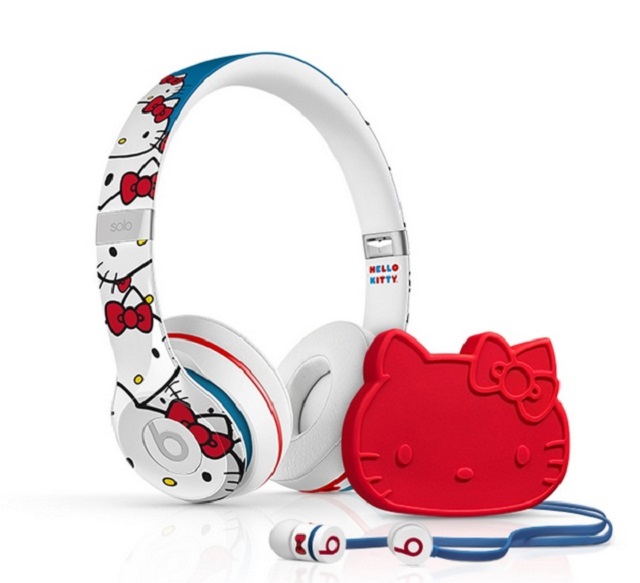 The other pair that got the Hello Kitty treatment is the Urbeats earphones. While on these the logo is much more discreet, but both come with a Hello Kitty “adorable collector’s pouch” which makes them pretty obvious. Considering that Apple and Hello Kitty must have a lot of

If there were some kind of awards for the worst marketing ever, Beats by Dre would surely get the top prize. I mean, look at how they’re promoting to Urbeats! Made To Take A Beating?! These fellows must not be familiar with the idiom, in which case I’ll pass them a link to The Free Dictionary, where it says “to be beaten, bested, or defeated.”

In case you’re still considering buying the special edition Hello Kitty Beats headphones, they are available on the Beats by Dre website at $249 for the Solo2 and $149 for the Urbeats. For that kind of money, you’re better off with a pair of Audio-Technica or AKG headphones. Just stay away from anything that’s overhyped! And I’m saying that not just because the Hello Kitty version is $50 more expensive than the regular ones.

To add injury to insult, the comments on MacRumors are incredibly hilarious, with some people claiming that they would work fine with Android smartphones (you know, despite the manufacturer pointing out that the in-line remote is compatible with iPhones), while others pointing out that Beats are toys, anyway, so this deal makes perfect sense.