Carnival at Home with the Candy Floss Maker

Carnivals, fairs, circuses… all these come to mind when one thinks of the candy floss. The fluffy cloud in pink, blue, yellow, purple, green, and other colors, the woolly feel of it and the way it melts without lasting for more than a second inside one’s mouth, tops the candy list at all times.

Dating back to the 14th century, called as spun sugar in Italy, candy floss was prepared by melting sugar and using forks to make strings which was dried and served as dessert. But candy floss gained popularity during the 18th century, William Morrison and John C. Wharton patented their invention of the candy maker which functioned under the centrifugal force. 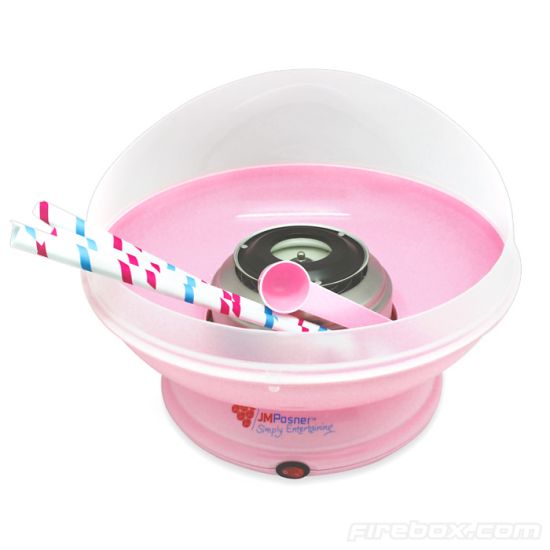 But the candy’s first debut was in the Paris Exposition and St. Louis World Fair in the 1900s, where melted sugar, with or without coloring, was pushed by using the force through a screen. Strands of the mixture created out of the screen were collected in a bowl only to be served by being wrapped around a cone or stick. A year later, another machine different to some extent from the previous one was patented by Thomas Patton who partnered with Ringling Bros. Circus and the confection is served even today.

Popularly known as spun sugar, fairy floss and candy floss, the sweetmeat earned the name cotton candy in the 1920s. Served as a dessert or sweet only to the well-offs during earlier times. It is now a commercialized mass marketed product, thanks to human intellect and technology.

But would it not be great to bring home the floss instead of having to wait for a carnival to hit your town to grab it?

Well, with the Candy Floss Maker, it’s carnival at home every day. When switched on after adding caster sugar into it, the machine heats up, upon which the central head spins. Liquid sugar is forced out of the machine’s perforations, which cool and re-solidify when the threads come in contact with cool air. This will result in sugary threads to collect in the bowl provided which can be gathered around a candy floss cone by twisting the stick to catch the floss, the whole process consumes 5 to 10 minutes per candy.

At a price of £34.99, the maker comes with a year’s manufacturer warranty, and is shipped with a UK plug. Since new halogen technology has been employed, more candy floss is delivered in less time compared to traditional heating elements. The pack includes a plastic measuring spoon, a detachable bowl, and splash guard that are dishwasher safe.

All that is needed is sugar to make the floss to which powdered food coloring can be added. The makers offer their new flavored sugars (lemon, vanilla pink, sassy apple, and blue raspberry) for an additional amount. 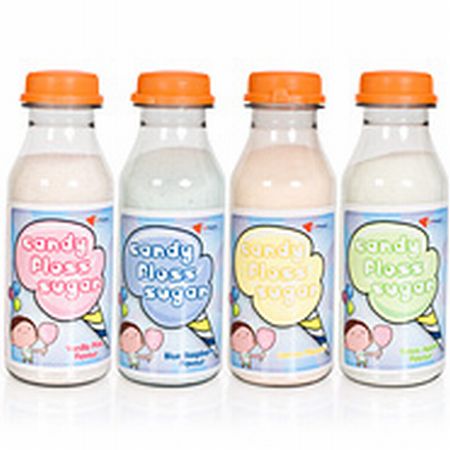 The candy floss, a creation so ethereal, has even a national day dedicated to itself. December 7th is celebrated as the National Cotton Candy Day in America. But with the Candy Floss Maker, each day is bound to be a candy floss day in your lives.

This is just too amazing! If you have liked this, you might also want to taste Hello Kitty PEZ Candy and Breathable Chocolate.