For all those beer lovers and beer-foam haters, there is a piece of good news, and that good news goes by the name of Cerve-Cero beer mug.

Not many are fond of the foam that builds up when beer is poured in the glass. The foam forms a thick layer on top of the beer which is not only tasteless but also something which is unnecessary. So to facilitate the beer lovers in reaching their favorite drink a little faster, the Cerve-Cero has been specially designed.

Cerve-Cero resembles a normal mug which we use almost every day, but this is where the similarities end. Instead of the normal circular base that every mug has, the Cerve has a slant-edged base which enables for the user to keep the mug at an angle. While pouring the beer the mug is kept at an angle and it inhibits the foam formation leading to a more foamless, clear liquid in the mug. The mug can be kept both at an angle and like a normal mug as well. Made of ceramic, Cerve comes in shiny and bright colors and also in the classic favorites black and white. Though the design itself isn’t very unique the slight slant-edge at the base makes up for the lack of innovation. 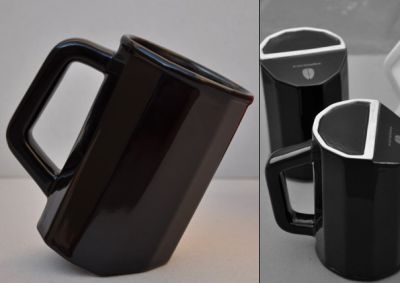 When it comes to beer, both in bars and at home, a beer glass is more favorable and still rules the roost. Given the popularity of the beer glasses, it is unsure to say how beer-lovers are going to respond to a mug, which still is a rarity to beer drinkers. 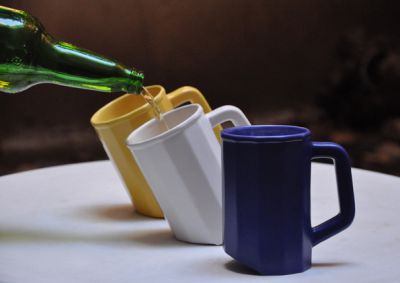 Foam build-up, for many, doesn’t give rise to any problem and people still prefer the look of a big beer glass filled up with thick white foam. In that case how well received this product is going to be, remains to be seen. Also with a slanted base the chances of the mug falling are more which can be both a harmful and a messy affair. To stop the mug from falling it should be kept at the correct angle but not many would like the idea of constant observation of a mug to avoid any mishap. 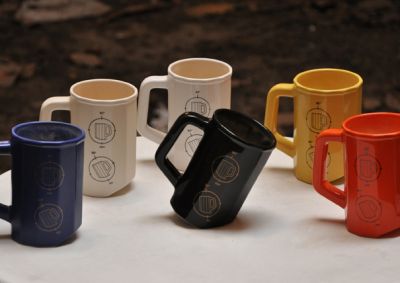 The design of the mug doesn’t fetch any marks for innovation except for the slanted base. Besides that, the way the mug is shaped and the limited variety of colors are also disappointing. If anybody wants to buy it for its ability to minimize the beer-foam they are welcome because besides that there is very little to look forward to in Cerve-cero.

If you wish to know more about such stuff take a look at Pacman Heat Changing Mug and Coffee Mugs.