Quick question: Which is the world’s most popular and best selling toy? It is neither an action figure nor a construction toy. Let me give you a hint. It is a cube that has six panels, with each panel further divided into three vertical and three horizontal panels. Still puzzled? The world’s most popular, and best selling toy, is the ‘Rubik’s Cube’. The puzzle-toy is one of the toughest to crack, and which requires a superior level of intuition and intelligence. It is estimated that only a minor fraction of people had been able to successfully solve the Cube. 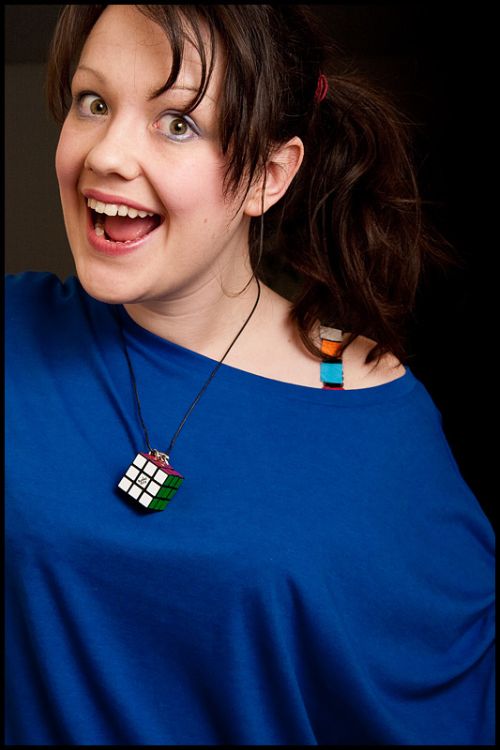 Rubik’s Cube was invented in 1974 by Erno Rubik who was a Hungarian sculptor and professor of architecture. The original inspiration for the cubic puzzle came from smoothened pebbles that lay in the River Danube. Ideal Toys bought the license from Rubik to market the puzzle toy in 1980, and the rest, as they say, is history. 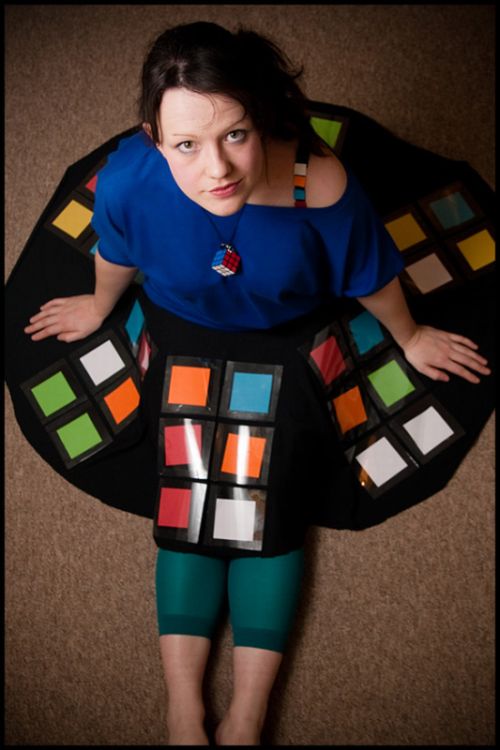 It was an instant hit upon its release, and won an award for Best Puzzle. Around 350 million cubes have been sold since its release, making it the best selling toy ever. 2010 is a special year for Rubik’s Cube fans, or Cubaholics, as they are called. This year marks the 30th anniversary of the Cube. 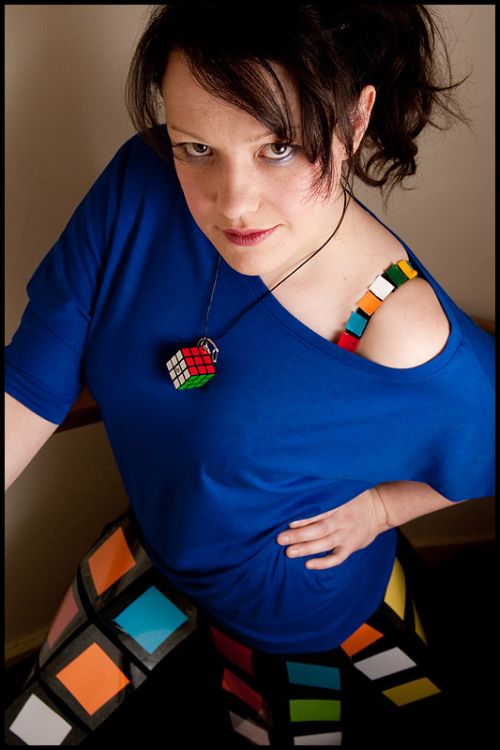 To commemorate the occasion, Leanne, a fashion designer and self-confessed Cubaholic has fashioned a very pretty Rubik’s Cube costume. This costume is definitely not the first attempt at designing a fashion statement based on the Cube. There have been prior attempts, but this particular costume is the most wearable. 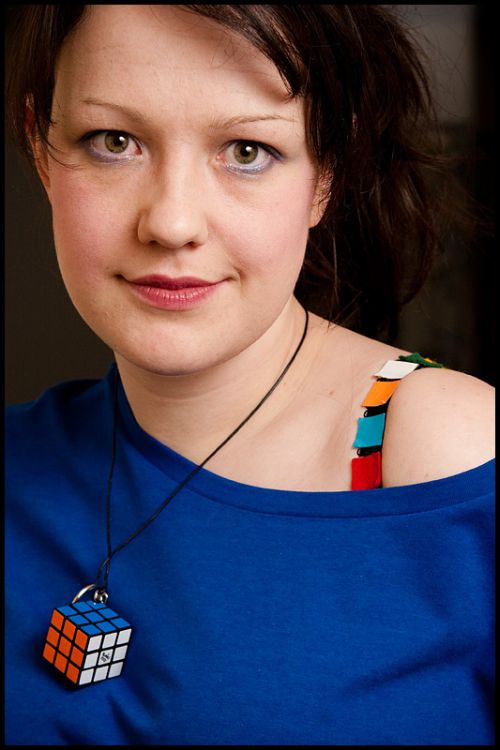 Leanne’s Rubik’s Cube inspired outfit consists of a top, a skirt, a single shoulder strap, and a pendant. The top is a darker shade of blue and reveals the right shoulder on which the shoulder strap rests. The shoulder strap is accessorized with colored stickers that are featured on the Cube (white, red, blue, orange, green, and yellow). The pendant is a miniature Cube model set in the ‘solved’ position. It is the skirt that is probably the most important and eye-catching piece of this ensemble.

The knee-length skirt is jet black in color with large, square colored stickers. The arrangement of the stickers is similar to the color arrangement on the Rubik’s Cube. They are arranged in a 3×2 format and appear in six panels across the skirt.

Rubik’s Cube has appeared in movies, TV shows, and even in works of art. Leanne’s attempt is style statement homage to the ever-puzzling Cube.

If you are one of the Cubaholics, I am sure you will also appreciate the designers who developed V-Cube 7 Supercubes and Hello Kitty Rubik’s Cube.