For many, the ring serves as an imortant repetroire of their wardrobe. Reaching far beyond the more traditional roles we think that rings take on, such as weddings, they have also grown into an expression of who we are. If, like me, you happen to be a geek, then there are a variety of designs out there that should perk your interest. I have put together a short list of my favorites, although it should hardly be considered exhaustive. 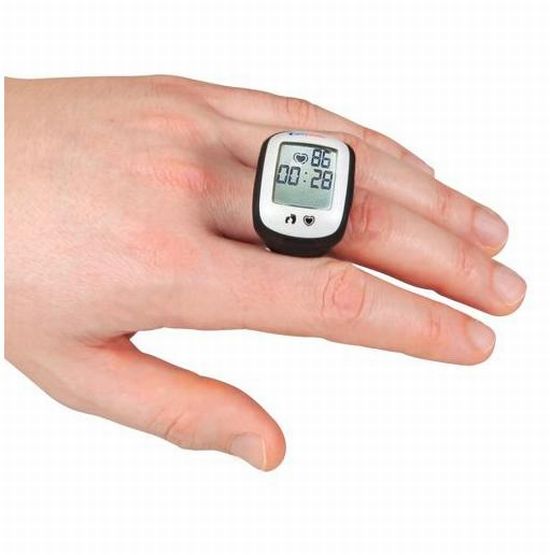 While it is true that, in general, the culture of geeks isn’t known for an emphasis on physical fitness, many of us in the community know better. Gaming may, according to a variety of studies, sharpen the mind, but keeping your body in top condition should be considered equally as important. For that, we have a handy little gadget that fits on your finger, the Heart Rate Ring.The designers intelligently kept flashiness to a minimum, as the primary function of the ring is to keep your hear rate monitored, but it does a whole lot more. It can also calculate distance traveled, the amount of calories you have burned, and whether your heart rate is staying within the recommended level of fitness. 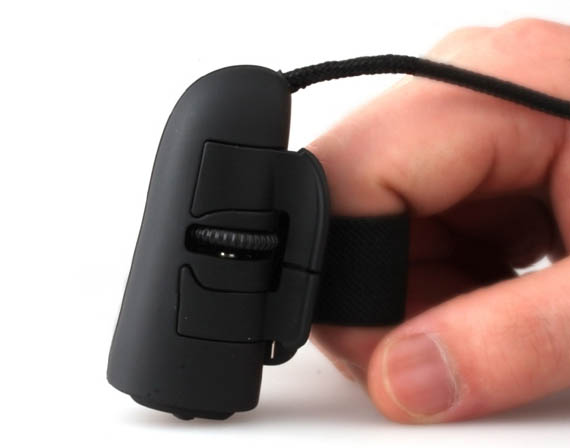 It’s a computer mouse! No, it’s a ring! Actually, they are now one in the same with this ring mouse. I have to admit that the device idea is rather clever,  as it is a mouse that attaches to your ring finger and moves around your computer screen via finger movement. It might look a little unwieldy, but I can imagine a number of scenarios where this would be quite useful. If you are in tight quarters, for example, like on a train, bus, or plane, you can navigate around your operating system much more easily than you would with a standard pad. 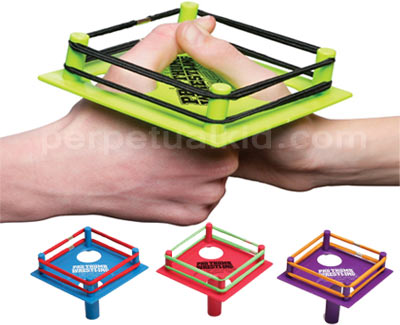 While not a ring on the most literal sense, I found it hard not to include this in the list. Thumb wrestling is a time-honored tradition for those of you who get bored on long car trips, so why not get an official competitive ring to settle the score once and for all. It also ensures that you won’t fall prey to the classicly deceptive “sneak attack” using an index finger. Are you a worthy enough opponent? There is only one way to find out with this Pro Thumb Wrestling Ring! 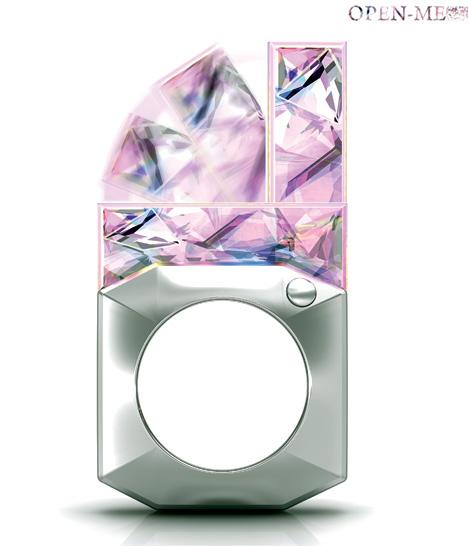 I have to admit when I first saw this crystal ring I thought it looked something taken directly from a James Bond movie. This little gem also serves as an important layer of security in your fight against crime. Dubbed “OpenMe,” the gem utilizes a 3D scanner that allows you to open specifically designed safety locks. This means that you can’t really ever lose your keys, but it is worked intot he rock on your finger. Nice. This personal security agent might not be for everyone, but definitely gets points for the coolness factor alone. 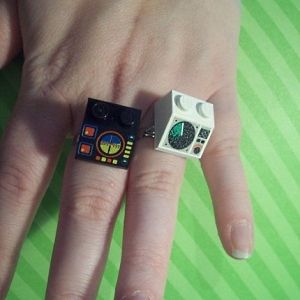 Oh legos, is there a facet of our lives that your simple intuition can not work its way into? I would argue no, as the elegant simplicity of these Lego Radar Rings go a long way in proving that. The pieces look like they were salvaged from one of the older, more classic Lego sets. Rather than loading up the proepr piece on your ship, however, now you can express your love for all things Lego on whatever finger you like. I am sure there are plenty of other Lego pieces out there that could be converted into a ring of this kind, so bust open your favorite lego set and get to converting! Personally, I’d like to mount one of the pet parrots or monkeys from the pirate set. Alternatively, I could also go for something from the dark ages, perhaps an emblem or crest neatly mounted on a ring would also look equally cool. Whether you are a Sci-fi fan or just want some geeky fun to wear around, chances are there is a Lego set out there to accomodate your tastes.