The principal design of a watch has progressed gradually, like the seconds hand of a timepiece. The first watch that arrived on the scene circa 16th century was the round, flap-covered pocket watch. After the First World War ended, wristwatches became popular. They continue to be popular even today and can be seen on many a wrist as an essential fashion accessory. The wristwatch too has had its share of variations in design. The early wristwatch had an analogue dial with Roman numerals and a leather strap that gripped the watch to the wrist. Digital dials were then introduced as an alternative to analogue dials. A digital dial has made it extremely easy to tell the exact time. The shape of the dials has also changed moderately from the original circular shape to square and even funky rectangular dials. 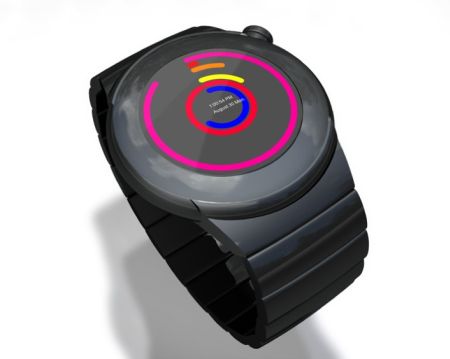 One design aspect, however, has remained constant. The time in a wristwatch has always been indicated by numbers and hands. This perennial design aspect has a fresh variation that should appeal to the elites as well as the bourgeoisie. 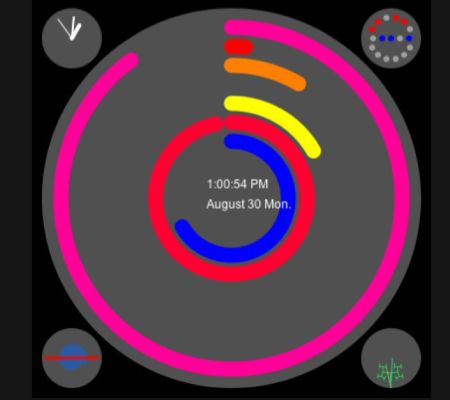 Designer Guy D Mann has designed a concept watch for Tokyoflash that tells time, not with hands, but with progressing lines. The concept watch has a similar structure to any wristwatch. It has a circular dial and a strap attached to the dial. The only difference, and perhaps a very important one, is that Mann’s ‘Hypno Clock’ has three thick lines that replace the hour, minutes, and seconds hands respectively. In an ordinary dial the hour and minutes hand of the watch are prominent with the second hand ticking away discreetly. This order is reversed in the Hypno Clock. The line that indicates seconds is the most prominent and is placed on the outermost ring of the dial. This is followed by the ‘minutes’ line with the ‘hour’ line placed in the innermost ring of the dial. What makes the Hypno Clock remarkably different from other watches, apart from the progressive lines, is that it is simply fascinating to watch how the lines keep time. As the ‘seconds’ line makes its way around the circular dial, the color of the line gradually changes from a light tone to a darker shade. The minutes and hours hands are marked in a different color shade. If observing time through lines seem complicated to you, the dial can also display the time and date in digital numbers on your preference. The Hypno Clock makes watching time tick a pleasurable and visually appealing activity. As a fashion conscious, you might also be fascinated to learn about Nooka Metallic Gold Zub Zoo Watch and The Snow White Andromeda Watch.