I’m not ashamed to admit that as a kid, I thought My Little Pony was awesome. All of the cheesy messages of fun and goodness were there, and going back to watch them now, you realize just how beat over the head you were with the lessons. With that said, that doesn’t make me remember the show any less fondly, and there are still plenty of long time fans out there who look back and say “I saw all of the movies!” If you happen to be in that camp, here are some My Little Pony items you would love to have. 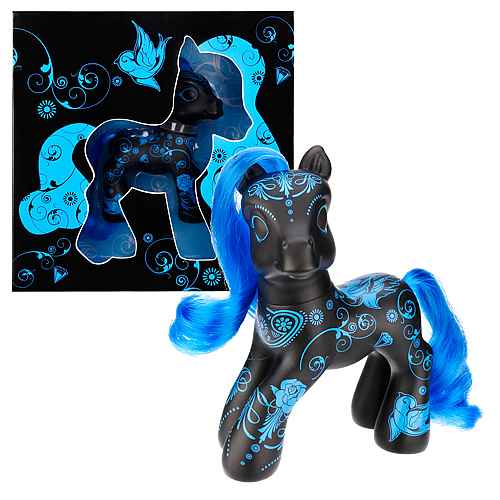 Admittedly, when I first saw this blue pony, I thought she was a little creepy looking. I think it has something to do with the black eyes. That doesn’t mean I can’t appreciate the craftsmanship, though. This collector’s pony is beautifully pained and provides a mysterious and intriguing look to the usually flamboyant and open My Little Pony model. If you happen to be a collector fo My Little Pony toys, then this item would be a must-have. Or you can still play with it and have it prance around the living room, depending on your preference. 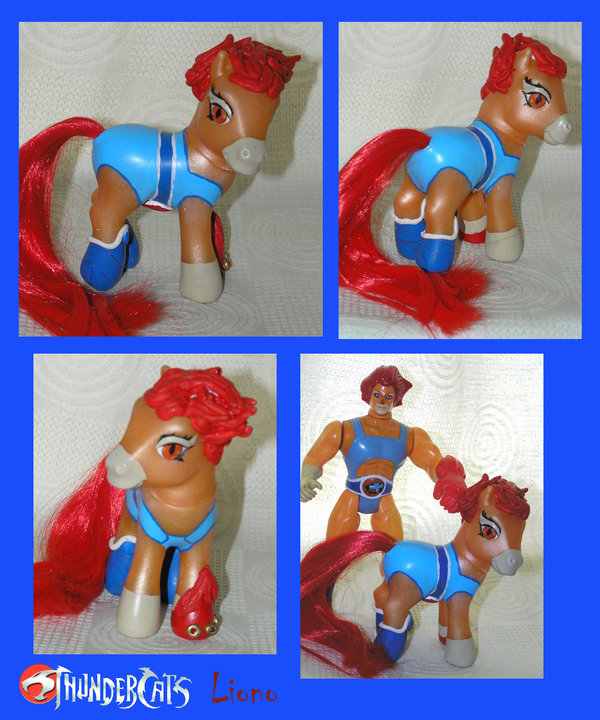 Take one of the most hilariously bad series from the eighties, combine it with My Little Pony, and you probably get something like this Liono My Little Pony edition. He may not be able to wield a giant broad sword, and he won’t be carrying around Liono anytime soon, but he is still quite cute. It must have taken quite a bit of customization in order to get this look to come close to the genuine article. Besides, Liono can always use some more annoying animal companions. I think they should have just booted Snarf out and bring in the My Little Pony. They could probably toss some armor on him too, to complete the look. He should also breath fire. Yeah, I could definitely get into this. 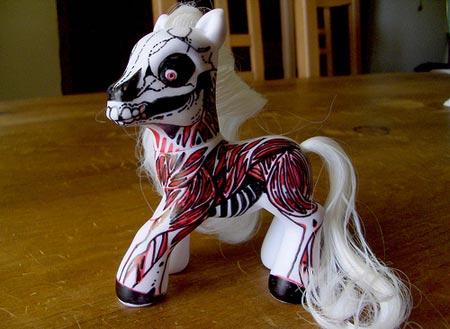 It turns out that in the plague-ridden, zombie filled universe of the future, no one is safe. They may have the power of the rainbow, but that might not save them from the slavering hordes of undead. This My Little Pony Zombie is proof of this. I think they should make a comic based on this concept, much like they did regarding superheroes. How will the ponies fend off their undead counterparts? We won’t know until they write it. Assuming they write it, of course, but I would be first in line to pick up the literature.

My Little Pony: The Soldering Iron 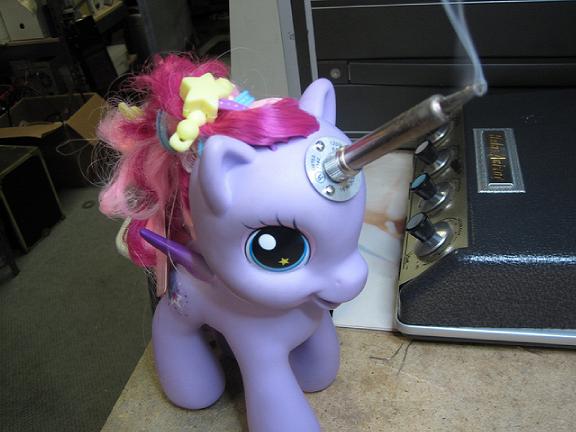 Judging by the sheer magnitude of cuteness that this My Little pony Soldering Iron exudes, you might be tempted to touch the tip of her horn. I do have a little piece of advice for you: Don’t. It may look a little ridiculous, but it definitely scores more points for practicality than your average children’s toy. Now you can fuse things together with the power of cute and happiness. This is one mod that I definitely would not have come up with, considering that there are probably very few My Little Pony fans out there who are also skilled in the ways of soldering. I, for example, wouldn’t even know how to tturn the thing on. This probably means I need to brush up on my handyman skills. 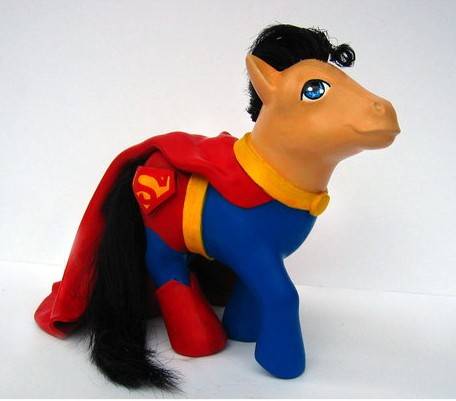 Making the hearts of little ponies everywhere flutter, this Superman My Little Pony goes to show us that ponies also came from krypton and have super strength. I’m always impressed by how accurately some of these mods represent their original characters. This superman adaptation captures the pure spirit that the man in blue has put forth throughout his many comic book and movie appearances.  What we need now is an adapation of famous superman villains, and they can battle it out for control of pony land. I particuarly like the use of the black mane, stylishly whipped up to make him look more like the man of steel … er, pony of steel. You know what I am trying to say.