This is a tribute to an ancient art form, as well as a guide for how to be more zen, for all that folding is sure to bring inner peace, eventually.

Origami was once used only for religious ceremonial purposes due to the high cost of paper.  For instance, Origami butterflies were often seen at Shinto weddings.  I love the whole idea of Origami at weddings.  You could experience a much more unique ceremony with something like this Origami bouquet.  Anyone and everyone have bouquets of fresh flowers that, while pretty, soft, and fragrant, soon wither and die.  This Origami bouquet could be around for generations, though.  Since it takes three full days of work to make, and costs about $350, you probably should hang on to it.  This could definitely become a hot wedding trend, and maybe you should think about becoming a bit of a pioneer.  Incidentally, I believe you could buy a lovely display case for this Origami bouquet, which would be a beautiful bedroom decoration and tribute to your biggest day, here. 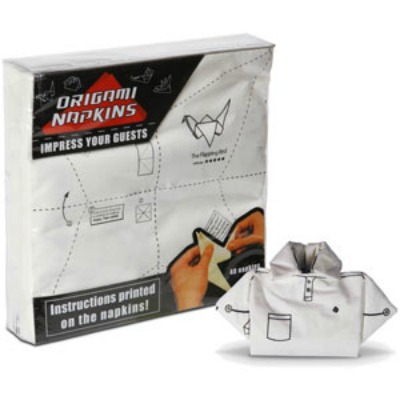 Most have seen a fancifully-folded napkin or two.  Why stick to conventional napkin decor, though?  Turn your paper linens into works of art, which will accompany your artistically prepared meals very well.  Not to mention that practicing this $6.99 skill will result in you obtaining quite the little bar trick.  That cute bartender you frequent will definitely start to remember the adorable chick that even leaves her trash looking pretty.  Then, after he marries a stunning you holding an Origami bouquet, you can help him get raises and promotions by folding beautiful napkins at dinner parties that his bosses attend.  That is part of the American dream, right? 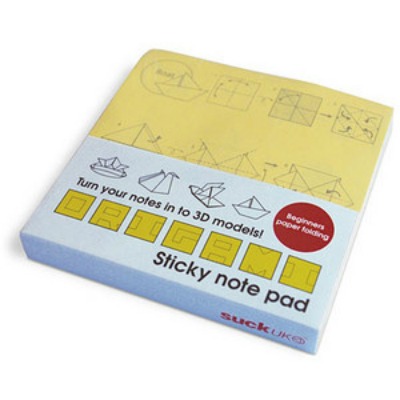 Art can speak volumes more than words, so leave your most beloved some masterful art forms rather than ordinary notes!  You can easily learn to fold simple objects into existence by following the instructions.  Don’t limit yourself to the same old generic words.  Fold generic shapes instead!  There is a legend that those who fold one thousand Origami cranes will see the fulfillment of their heart’s desire.  That’s a lot of $4.99 packs of sticky notes.  Although, this may be a good time to mention the idea of having one thousand folded cranes at your wedding, in order to best achieve marital bliss. 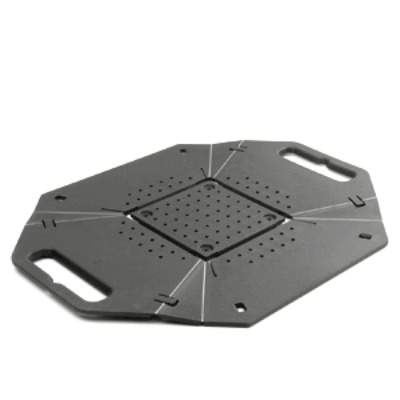 You are going to have to do some cooking if you want a happy marriage, so if you’re not already proficient in the artful science, you may as well start learning now.  Of all the kitchen devices out there, colanders are among the most super useful, yet can present a bit of a storage problem in smaller kitchens.  However, this handy $19.99 Origami colander will unfold so you can store it flat, which I think is totally awesome!  I personally feel that all other plastic colanders are now obsolete.  12 innovative hinges and just four small latches ensure that this item will always be able to find a home in your cabinets or drawers! 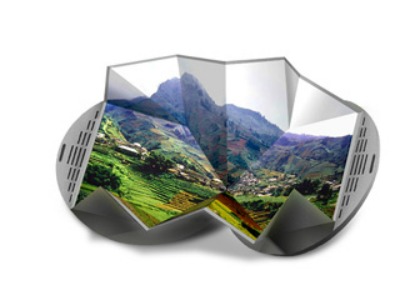 Moving right along.  We just touched on the whole idea of dinner so what’s next?  A movie!  Someday soon, you could purchase something like this amazing innovation.   The technology is quite elaborate, so we won’t get into it.  Feel free to look the whole thing up, though.  Soon we all be able to fold up all our favorite gadgets and take them with us.  Won’t that be great?  That would definitely make moving easier. 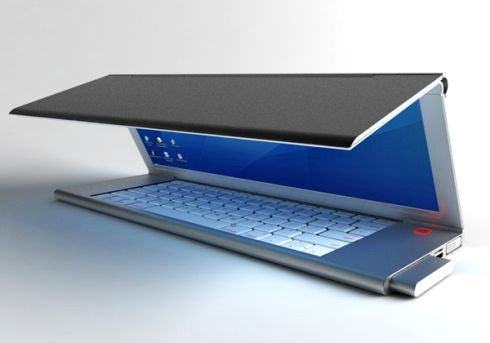 The Feno folds smaller than other notebooks since it has a flexible screen that allows the display to fold.  The result is a notebook that is way more transportable than basically any other computer.  The mousepad pops out, which is another alternative feature of this non-traditional computer.

If you really like your iPad, try this $35 Origami sleeve that folds into an iPad stand.  Now your case can protect your beloved gadget in a useful fashion. 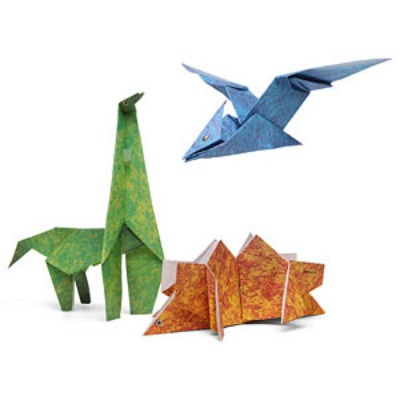 An Origimatic existence is exceptional because it is so adaptable.  If something doesn’t work out, you can simply press out the wrinkles and start fresh.  Reinvent shapes and define substance with character for only $6.00.  Create your own dimensions and enjoy such existence with the Origami Creature Kit.  This collection of goodies could be a great activity to share with someone special … 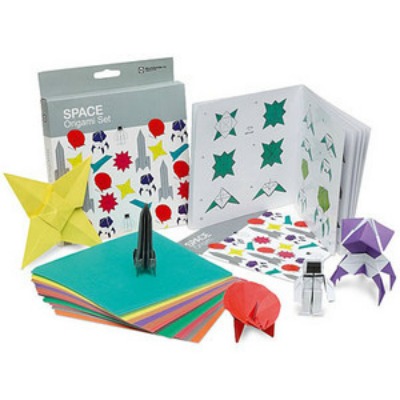 This set will teach you how to make a variety of space-related objects.  You can learn how to make a rocket, for example, with the multi-color folding paper that is available in this $8.99 kit.  You could also fold, among other things, a lunar module, satellite, and astronaut.  32 full-color pages will be available for your learning and folding pleasure.  Anyone could enjoy this activity!

Now, you have a lot of folding (and not folding) ahead of you.  To best accomplish your goals, you need to learn How To Stay Caffeinated. Also, survey says that if you read this article then you are also interested in this one: Her Star Wars Kitchen.  You’ll see.