Pizza may be the most celebrated thing to ever to come out of the Italians, for it is the dish that made the Italian cuisine famous world wide and envied throughout for its simplicity yet ingenuity. 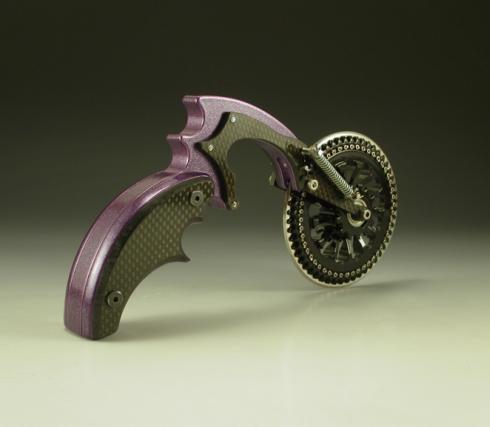 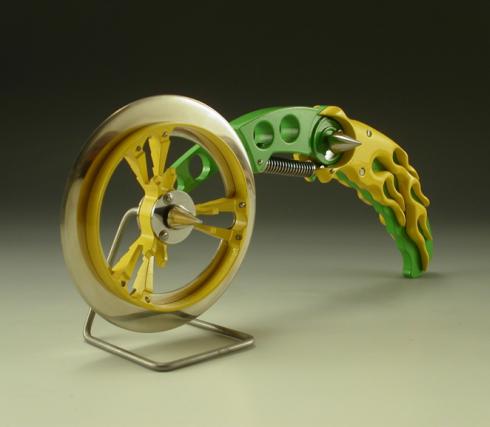 One should also not forget that the huge discs of cheese, tomatoes, pepperoni…etc that also need to be cut into an equal share for every one in the house. Often, this seemingly simple task involves a huge amount of skill and rarely someone has enough potential to cut the Pizza in a way that is admired by others, so if your are not among those people who are extremely good in cutting a pizza then better get yourself one of these custom-made Pizza cutters, which could be seen as designer weapons you could easily kill with. 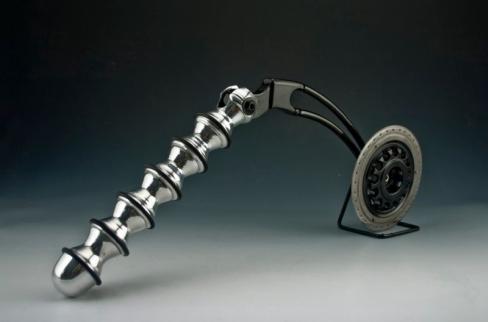 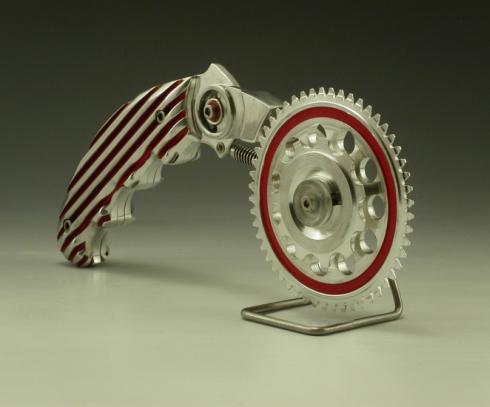 Coming out of the custom pizza cutting tools factory – Frankie Food, this is a sure blend of a chopper and a pizza cutter. Frankie specializes in making custom pizza cutters that would be considered pieces of art rather than a pizza cutter. It seems that Frankie ordered a pizza over the phone, the delivery boy instead of coming on a Vespa turned up on a chopper, which might have ignited this fire of extreme design. 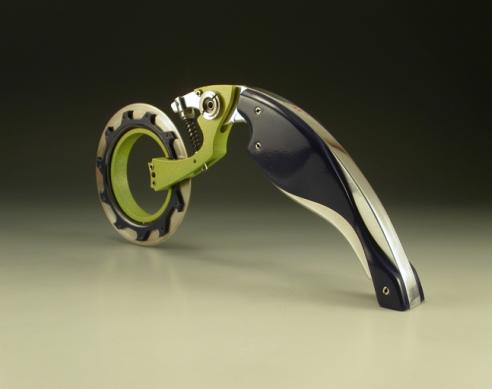 Unfortunately you wont find this cool cutter/chopper in any of your super stores or malls, as Frankie designs his tools to be one of a kind and very unique, but if you are lucky enough he might just make a custom one for you, on special request that is. Not to be put off in your standard drawer, this is a piece of art that deserves a place on your shelf. 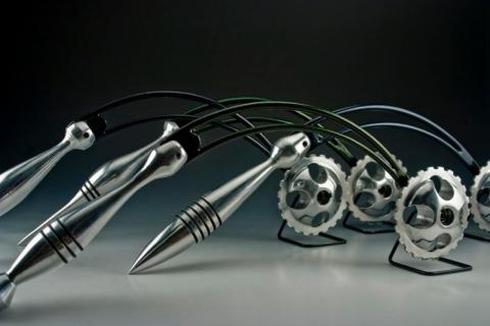 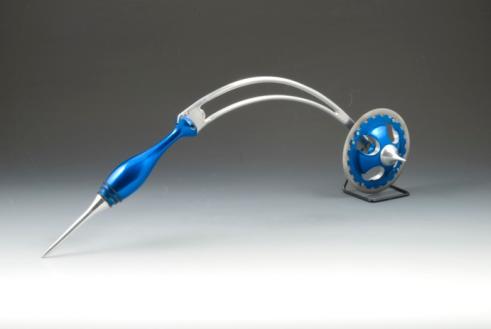 These are amazing Pizza cutters that should belong in the list of Bizarre Kitchen Gadgets, for the ingenuity and amazing design which still maintain functionality. 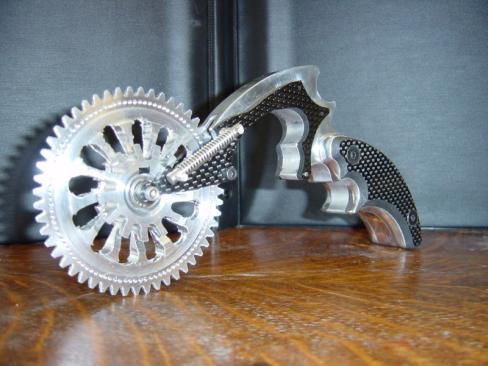 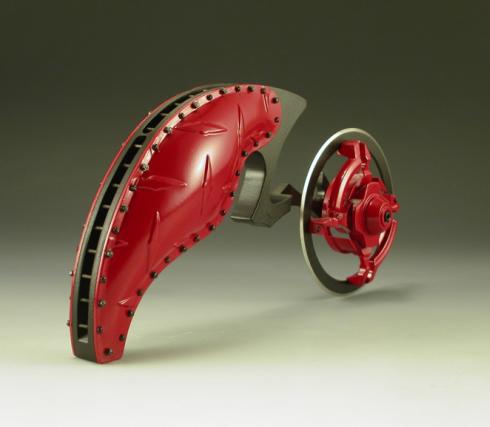