I spent a lot of my childhood playing with Barbie dolls, well, if playing can be described as  chopping off hair, dismantling the legs and arms and putting them back together and scratching out the eyes and god knows what else. Then there was a short period where it was really cool to own a Barbie doll and style her hair, fashion new clothes for her and drink pretend tea with her.  Everyone loves her, even if you are too young to realize the importance of having a huge rack. All said and done, Barbie is quite a legend.

That aside, to mark the 10th year of the movie Titanic, which was one of the greatest hits of all time, the people at Leo Mattel released the Titanic Barbie Doll. This is quite a beauty I must say. The attention to detail is also really great and I love the hair. But then again, this isn’t very surprising, considering that the makers of Barbie have always put in great care to make their dolls and given that this is a special one….

As expected, the doll is only a limited version, but the essence of Rose and the movie itself has been perfectly captured. I think spending just under $30 for this is definitely not a waste. 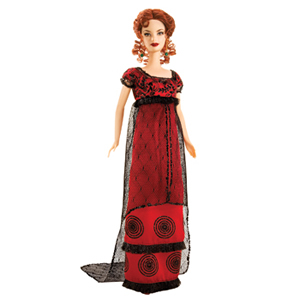 I actually really like the packaging as well. Really dramatic 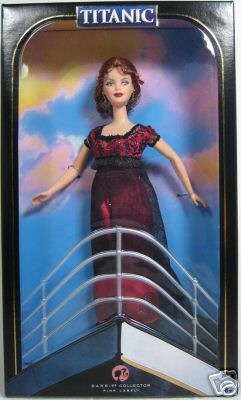