NotCot would probably be the best at giving us amazing information about the different types of vibrating mascara’s out there after having taken a close look at the Maybelline Pulse Perfection Vibrating Mascara. 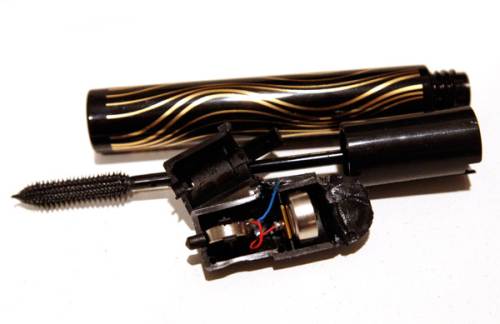 It seems that manufacturers are producing more grooming products that can be used with the least of effort and in that venture they came up with the vibrating mascara concept, which is based on the well known fact that when girls put on their eye make up, which includes eye liner and mascara, their hands tend to shake, unless of course you have years of practice or are a professional make up artist.

Well, as long as it works I think the idea is good, but I also think even using the vibrating mascara will take some practice, because I am one of those extremely sensitive eyed people, who freaks out anytime anything comes really close to my eyes. And obviously the mention of a mascara brush which will not stop moving right in front of my eye, really close is quite intimidating. All in all, I think the product should hold, because we all get bored of the old things and want new and exciting stuff, especially if it saves time and makes any job easier.