The 80′s Cake to Bring Back Old Memories

More than any other time in recent history, the 80’s was a decade full of  new and revolutionary happenings that changed the face of the world and the way people thought and acted. This lovely cake is an epitome of things from the time. 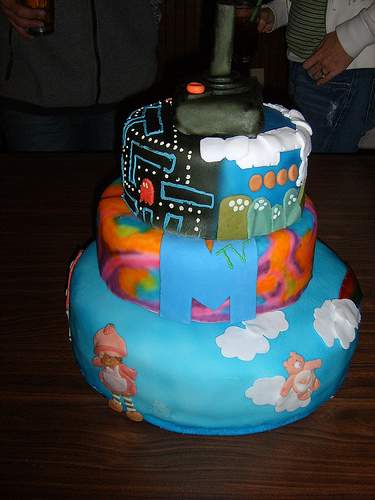 The lowest layer has Smurf, Strawberry Shortcake, and Fragglerock. It also has the shows the adorable Care Bears, that have become today the most common way of showing one s love and care. The second layer is a tie and dye cake. The multitude of bright colors and patterns is most characteristic of tie and dye, which was made popular by the musicians of the hippie era. It has also the MTV sign, the most popular music channel, which was a revolution in itself.

The third layer of the cake is the Pacman maze. Pacman was probably one of the most popular games of the period and continues to be a favourite among many peole till today.The candle of the cake shows the pioneer of arcade games Atari on top. 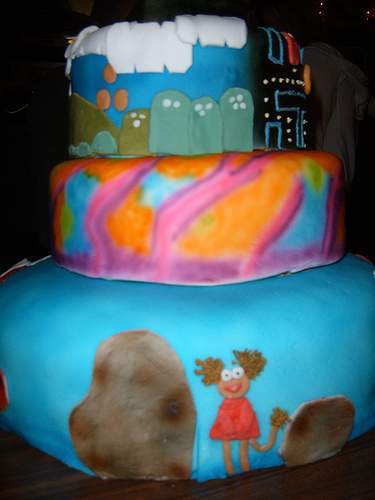 All in all, the cake by Pieceofcaketricities has definitely got all the essence of the 80’s, and each feature is frosted beautifully, making the cake look totally delicious as well. 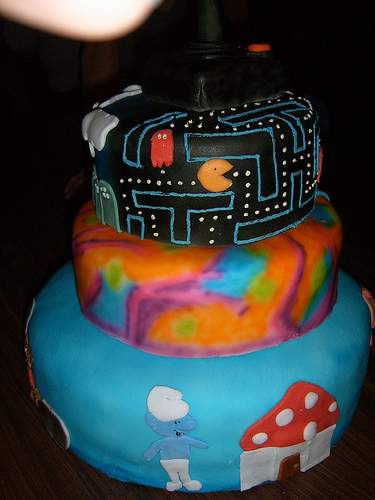