Now, this is what we rate as a unique and elegant wristwatch design. Partially inspired by the ‘Tokyoflash Waku’ range and partially by the LEDs of Apple, this watch is one chic piece. Designed by Devindh, the watch is for girls as you can see in the pictures. 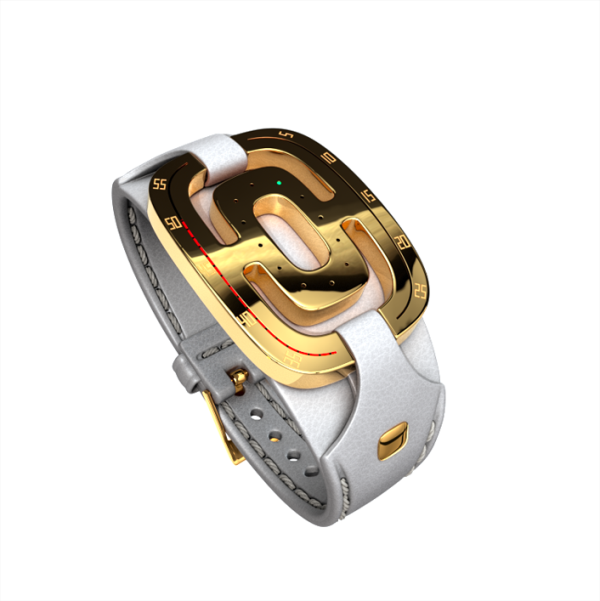 The designer says that he has been pretty much impressed, by the way Apple has integrated LEDs with small holes in their products. Well, we don’t know whether this one will be as good as an Apple product or not, yet the design surely looks promising!

The overall concept of the watch was to create something that is fashionable, and at the same time, would allow the girls to wear it as a jewelry. For sure, the final version is somewhat like that. As you can see in the pictures, it hardly looks like a watch and looks more like a bracelet. In the center, you can see the hour indicators with those Apple-like micro LEDs. The good part is that they are not confusing at all. Anyone can look at it for the first time and read the time. It has been kept similar to a standard watch just that the digital have been replaced by LEDs. 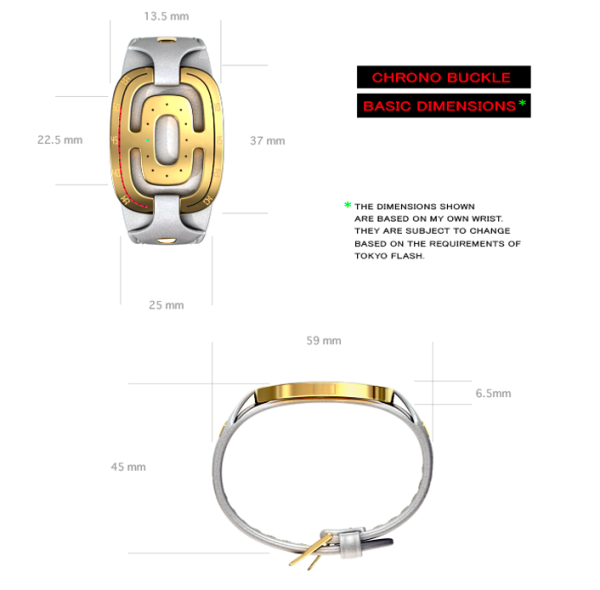 Minutes are present on the outer rim with digits and an LED light indicator. Again, this part is easy to understand as well. The red indicator goes up, and you get to know the minutes. The digits are etched on the outer rim, so you won’t need to worry about them fading or washing off. 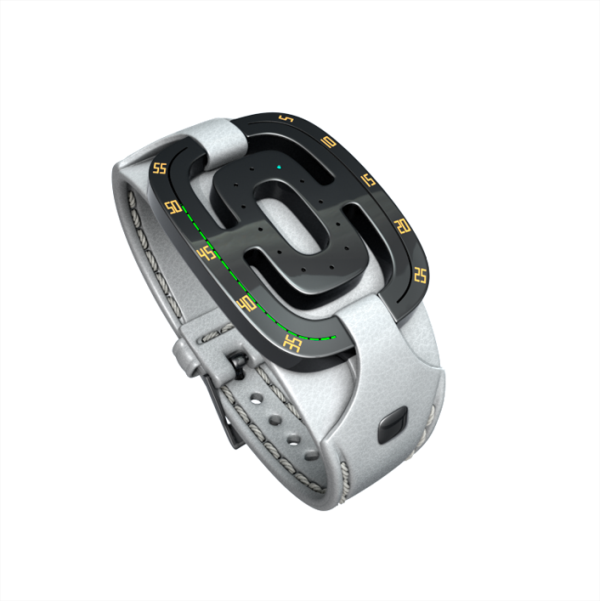