Hand Made Shoes – Erm, Well Yes They are Shoes!

Okay before I start, I want to say that not every other concept we get our hands on is amusing. At times, things come up which look rather awful, at least to me.

These shoes were basically designed and created by some young students who had the support of Hanae Mori Foundation. 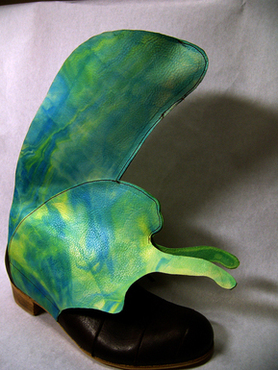 Hanae Mori Foundation provided them with tools and expertise to create designs that can reflect modern expressions. 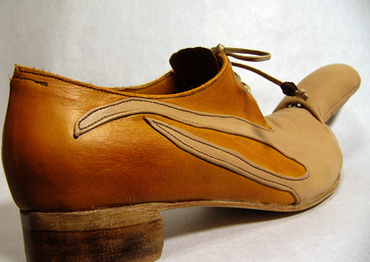 Well I don’t really know what modern expressions are they reflecting but I am assuming it has something to do with loving animals and making the world a better place. Yup, another way of convincing people to go green and stop mass extinction projects to save hundreds of animals. If that were the concept, the shoes are awesome, if not, well then I am speechless. 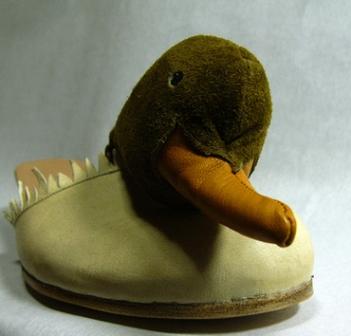 Apart from how the shoes look, what needs to be truly appreciated here is that these are handmade shoes. In totality, there were 14 shoes out of which the best ones are shown here. I particularly like the Lips and the Macho Bear. Although I admit I would never wear the bear thingy, it looks cute and better than the stretching cat and cling. Now, let’s just assume for a while that these shoes were never designed to be worn. In fact, they were designed just to give present an image of the compassion they have for the environment and ecology.

It does not even sound impossible that in the future people will start wearing such shoes. I mean look around for a second, people and companies are deliberately using stuff that makes people feel conscious about preserving the ecological system. Maybe in the future, if things get worse and there is no other way of reminding humans to start caring for the environment, these shoes would work. 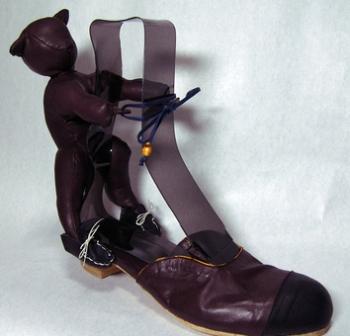 For now, these shoes are good enough till being conceptual. If they actually were produced by some company, I wonder who would wear them. Like I said, the Lips look cool but the rest are too childish. I hope the young designers and Hanae Mori Foundation could have done a better job than this!