My Little Cthulhu Vinyl Glow in the Dark Figure

Geek toy lovers have another new entry amidst them, which is guaranteed to drive them crazy. The small 8 ½” tall My Little Cthulhu Vinyl glow in the dark figure, designed by John Kovalik of the Dork Tower fame, and costing $27.99 is worth every dime. 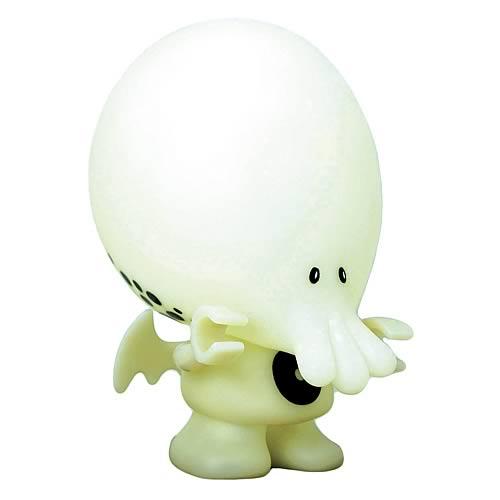 This is a toy representation of the Great Old One depicted in the fictional series written by Lovecraft. It is depicted as a gargantuan being in proportions and often portrayed as a mix between an octopus, dragon, and human caricature.

The present toy is definitely a cuter version of the fictional horror character and is made of vinyl. The toy comes with two victims that can be pulled apart to reveal their redness within. The glow in the dark phenomenon is created through phosphorescence, which is guaranteed to bring chills and thrills to your room at night. The creator has made only 1200 of these toys available in the market, which means you need to hurry to get your piece. Otherwise, you’d be disappointed.

Check out some other toys at Bucky Balls and the Spider Man and Captain America Super Deformed Plush.