From clay tablets, papyrus, wax tablets, parchments, to the present day papers, writings are best preserved and cherished in the form of books. How much ever technology advancement tries to replace hard copy books in the form of soft copy e-books, the blissful satisfaction one gets from reading a hard copy book is something incredibly different.

Look around, and one will find that book collection is one of the most common fads possessed. But one cannot obviously stack these books collected on the floor or stash them away in some corner of the room. Thanks to the advent of furniture making, bookcases were introduced back in 15th century. 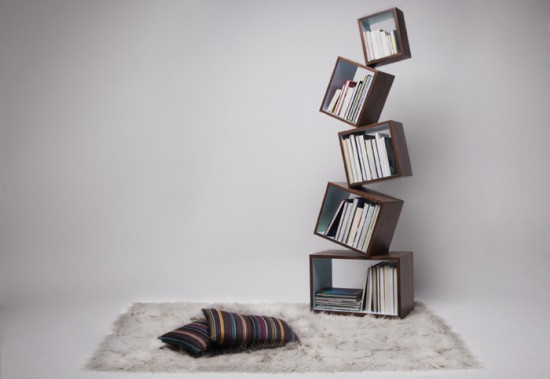 With the advancement of printing in Europe, popularity of books increased and storing them became a concern. Before the creation of bookcases, the collected books were piled inside closets. The doors of these closets were taken off so as to gain an easier right to use the books. Books were placed vertically since the title of the book was printed on its cover’s spine. All this explains how the bookcases got their basic and original design. 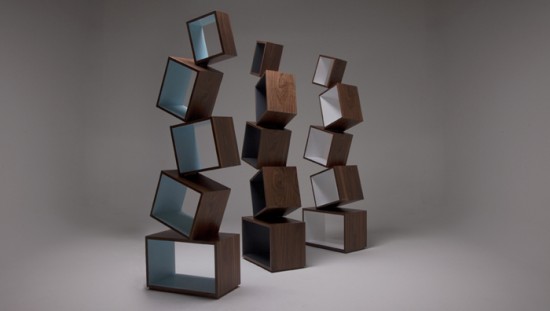 Initially oak was used to build the bookcases which were structured in very simple designs. English carpenters in the 18th century started to make bookcases look more elegant by adorning them with various designs and the craftsmen in France followed their direction. Many embellished bookcases were made by Chippendale and Sheraton. Shortly mahogany, satinwood, unusual timbers and rosewood were also being used in designing the bookcases. 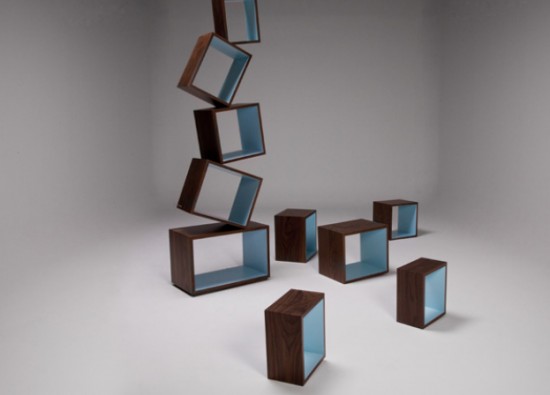 The style of furniture made initially was stated by the ruling sovereign of a country and also was subject to the tools and materials that were available to make the furniture and the knowledge of the craftsmen. But in the present era, what is seen is way different from what was seen. A perfect example will be the latest piece of furniture from Malagana Design, the Equilibrium Bookcase.

The equilibrium bookcase that performs the basic function of holding books, like any other bookcase, resembles a couple of cubes stacked up so as to put on a balancing act. They look like they are floating in thin air defying gravity. This structuring of the bookcase makes it seem like the cubes may crumple down any moment, it is actually quite a robust one and can take 120lbs of books. The cubes are designed such that they get rid of the need for bookends since the books are themselves supported when placed in the bookcase. 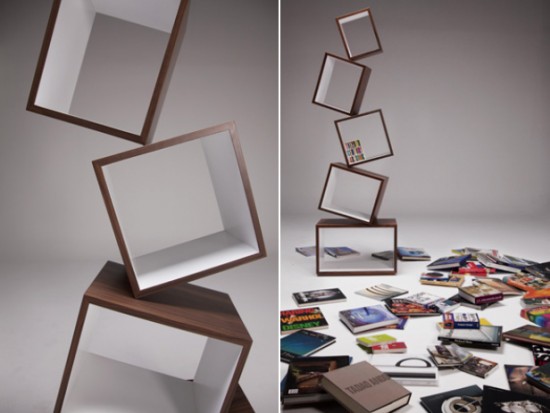 The colors that the bookcase is offered in make it all the more charming. It comes in a combination of a walnut veneer on the outer area and either white, Celeste or graphite on the inside. The modules are assembled on top of each other at a single angled point and can be done so easily without usage of any tools or hardware.

Such a surrealistic creation is perfect for present day’s modern interiors, especially in an era where retro fashion is the growing trend for such innovations.

Decay Shelves and Magnetic Containers are other variations, which will be both useful and decorative for your homes.