Entertainment – Isn’t that what everyone looks out for these days? Well, the most popular and most utilized form of entertainment happens to be none other than music! One cannot think of a life without records, cassettes, compact discs, etc. There is music playing along in every step we take in our lives. Moreover, in the present era of nanotechnology, almost everything is compressed and produced in molecular sizes. This applies to the way music has been made available to the general public too. One could easily avail the desired music for free on the internet in compressed formats. Hence, these days such formats of music have outrun the sales of discs, cassettes, records, tapes, etc. But since these formats happened to be intangible, they needed to be stored in a solid and concrete touchable space so as to enable them to be listened to. Thus, the era fell into the creation of mp3 players, iPods, etc. These petite pieces of inventions stored the formatted music and one could listen to them with the help of earphones. 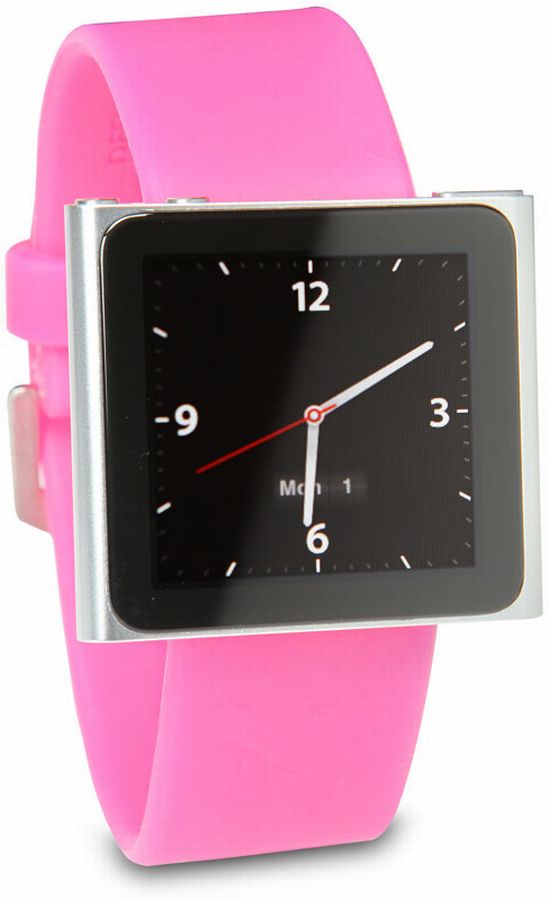 The one creation that has topped the charts is the iPod Nano, yet again a nanotechnology production. The first generation was brought out in 2005 in place of iPod mini. It is the smallest in the iPod range after iPod shuffle. The nano itself has gone through alterations almost every year since when it was introduced, the latest being the sixth generation nano, a square piece of creation that works on multi-touch screen technology. A clip on the back is equipped onto the nano so that one can clip it onto an armband, belt, etc. It also has a watch feature like any music player and includes the Nike fitness alternative. 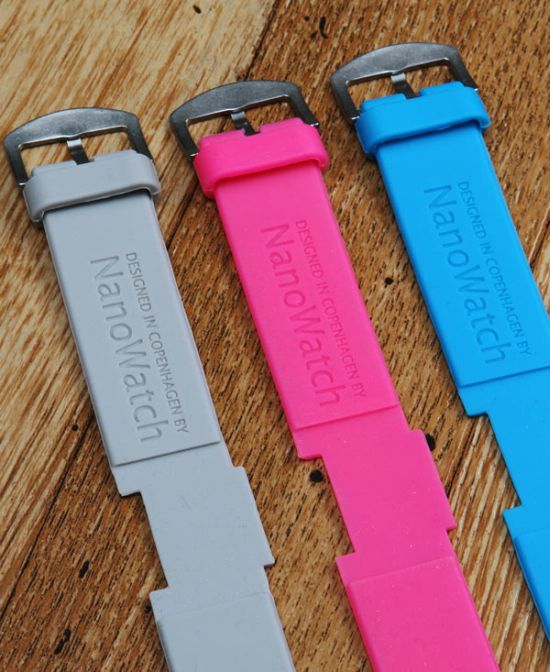 But how much ever attractive the small size of the nano is, it equally worries the owner about breaking them or scratching them, in short, damaging them in anyway. Well, fret not! Danes has come up with the NanoWatch to replace polymer cases used to protect the gadget. The Watch strap has a nick in its body to fit in the iPod nano using its in-built back clip. By doing this, one will be enabled to use their nano as a wristwatch by turning on the watch feature in the player. Also, the strap comes in three varied colors, blue, pink, and grey, that complements the nano’s bright paints. It is made out of purely eco-friendly resources and nothing toxic at all. 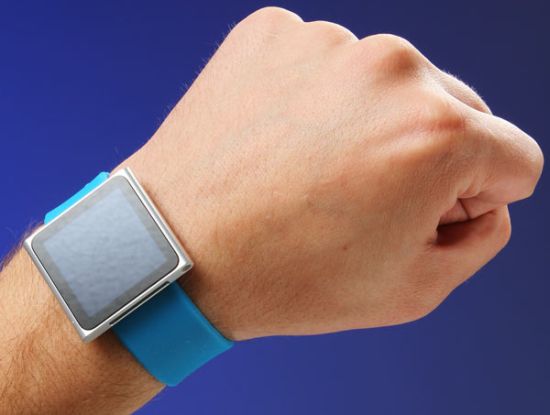 So now, one need not worry about damaging their precious nano by sitting on it or dropping it. It will stay strapped to their wrist and it’s like carrying all your favorite music at the tips of your hands and at the same time having an extraordinary super cool watch. At a price of $19.99

, the package comes with only the NanoWatch strap and does not include the iPod nano. So strap up, march ahead with the bright lit arm band while tuning to the music from your nano.

ORBE LED Watch and Neon-ized LED Watch should be your choices if you believe in fashion.