It isn’t often that I see women out there wearing Batman gear, and I think that we are doing a disservice by not providing ladies with the clothing they obviously crave. OK, so maybe I just crave it, but that doesn’t make this Batman Womens T-Shirt any less cool. It prominently displays the Batman logo in a style that men and women alike can appreciate. 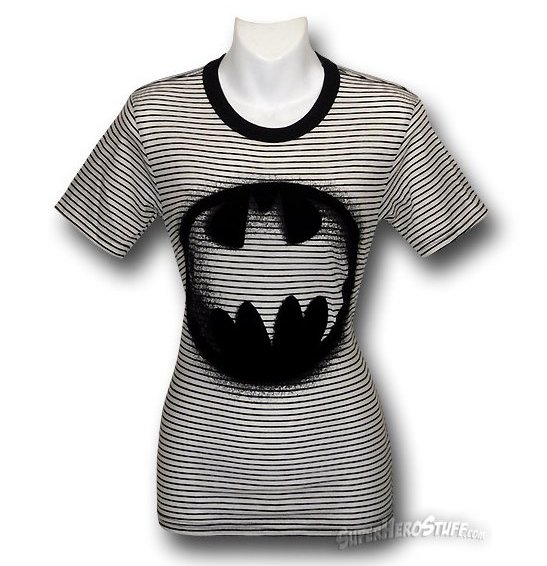 As you can see, the T-shirt features a circular Batman symbol which is actually made from a soft, raised felt material that fills the periphery. Along the circumference you will also noted a printed charcoal splattering effect. This gives the shirt a much darker, grittier look, just like the caped crusader himself. SuperHeroStuff states that the shirt is made from 85 percent Cotton and 35 percent Polyester, but I find that a little confusing. I mean if they said it was 135 percent Cotton, you would be confused too! Given the intricate detail and high quality of the shirt, you may need to open your wallet a bit deeper than usual to pick this one up. The shirt clocks in at $29.99, which is admittedly higher than what you would expect to pay for a t-shirt, to be sure, but just look at how awesome it is! It is actually part of a limited print run, so if you are on the fence you better get it while the getting is still good! 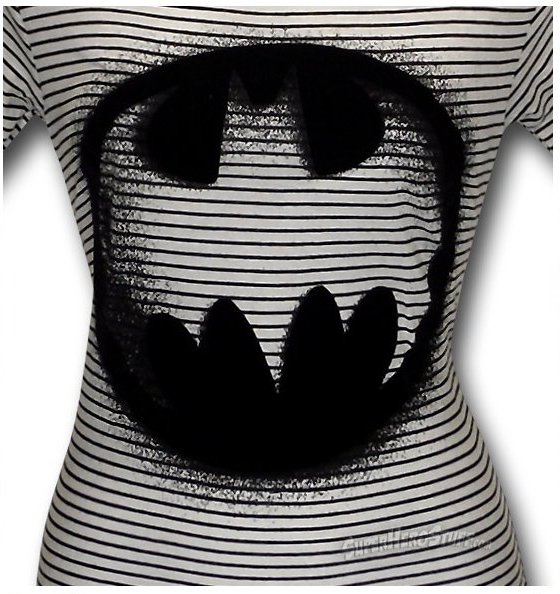 Of course there is no reason you should limit yourself to just one cool t-shirt, and plenty have been featured here at Gadgether. If you’re a fan of food, then you might want to look up the hand-painted silk bacon scarf. Alternatively, you can doll yourself up like a superheroine with these Batgirl and Wonder Woman costume shirts.Super powers and bad-ass utility belts are, unfortunately, not included.