They say time changes everything! Well, anyhow, time has now changed the way devices tell time. It is all about fusing technologies in a way no one would ever think of, just to create a new style. Tokyoflash Product Design Studio has a new kid on its blog! Known for showcasing products which stand out and are way different from anything seen ever, the latest is the Shinjugai LED watch.Patrick from France considers time so precious, that he has designed the watch in a way that the time is masked by the watch’s wrist band, similar to how a shell conceals a pearl. The term ‘Shinjugai’ in Japanese translates into ‘shell that makes a pearl.’ The designer has incorporated the LED technology into the watch and thus the LED lights will tell you the time. While the laboratories were developing the LED light technology way back in early 1900s, little would they have known that this same technology would be integrated into a watch to tell time ! 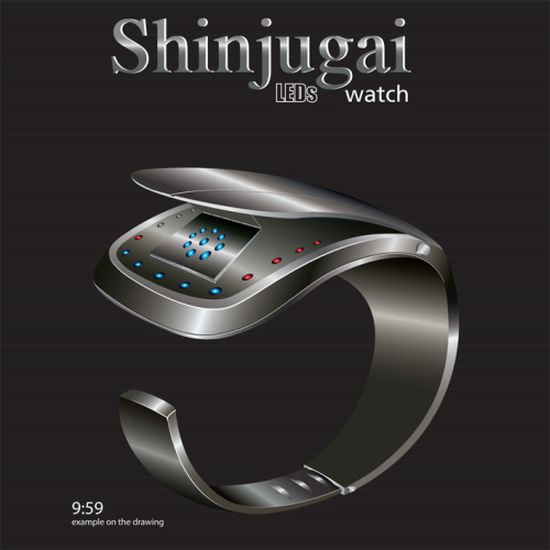 The concept submitted by Patrick is superlative and can be used by both men and women. The watch is designed in a shape resembling a shell and the time is released as the watch opens up when its top is touched. Like an oyster that shows its pearls, a slight push of your finger on the watch’s top will cause it to open and activate the LED. Even if your hand is occupied you can use or cheek or hip to trigger the watch to open. Nevertheless, the watch has been provided with a button on the side, which when pushed once will set off the top to open. This one single button has three functions. One push enables the time function, two pushes will activate the date function, and the watch will tell us the day of the week, when the button is pushed three times. There are LEDs for displaying the hour, month, minute, date and the day of the week. 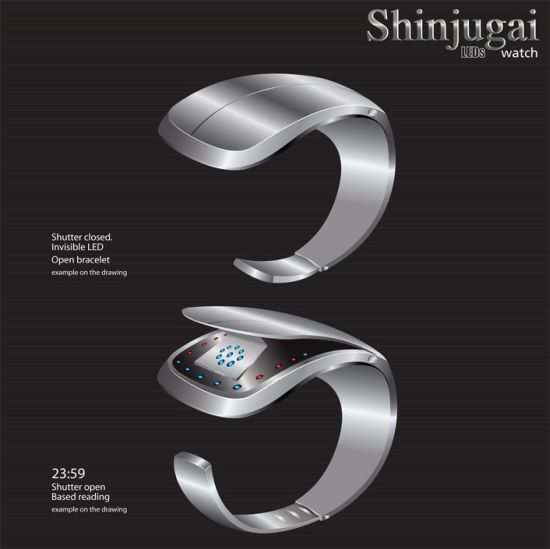 In an era, when the wrist watch has become something more than a device that simply tells the time, the Shinjugai concept definitely will contribute is raising the watch as a fashion accessory. The shape in which the watch is designed is highly attractive in itself. The strap has superior adjustment mechanism with a locking system and thus can fit a wrist of any size. 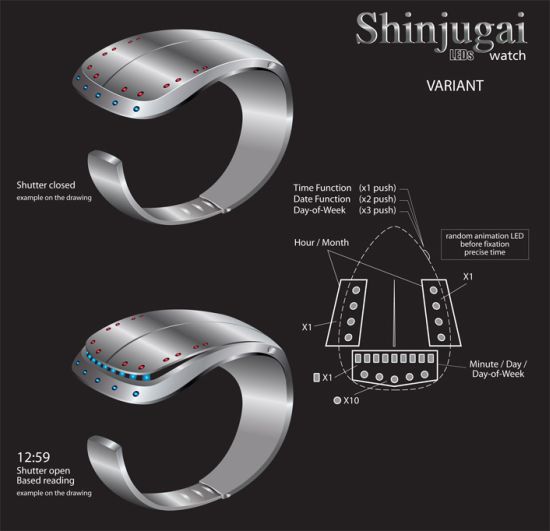 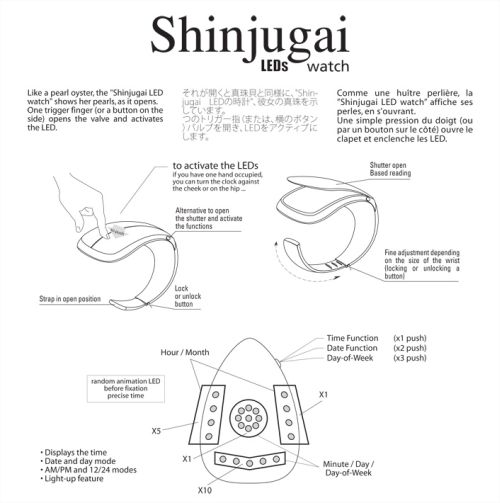 The technology and elan with which these watches are designed is just too brilliant! I have also liked other variations such as ‘How are babies made’ Watch, Nanowatch and 8 Bit Watch.