In a cartoon film that I saw with my niece, there was a character trying to grow a plant under the light of a table lamp. He, in fact, succeeded and had a beautiful plant growing right in his living room. At that moment that appeared very weird. How could one grow a plant in a pot under the light of a bulb? Strange enough, this is now becoming true. Thanks to designer Lee Ju Won.

Lee Ju Won has designed a solar light named ‘Solight’ keeping the urban lifestyle in mind. All those living in large cities are well aware of the fact that sunlight in high rises is a rare sight – definitely not enough to grow plants. Because of this factor, many of us give up the thought of having that little bit of greenery around us. Not any more.

Solight is a device that clings to the window panes all day long and absorbs as much solar energy as possible. You cannot drag sunlight to a particular place in your house, but with Solight you can trap the sun in its solar panels and trick your plant into thinking that what it is getting is natural sunlight. After all what difference does it make to a plant whether it is light directly from the sun or parceled in a lamp? It is only concerned with flourishing with all its might. A favorable condition is all that it needs.

Shaped like a table lamp, Solight has three solar panels placed on its exterior. With the position of the sun changing all day, it is bound to be shifting from one side of your flat to the other. To trap its light, you can easily move Solight to all those different places and stock up on ‘sunlight’. The battery in the lamp is charged using this solar power. When your plants need this energy all you need to do is place the plant under the light, switch it on, and let it feed itself. 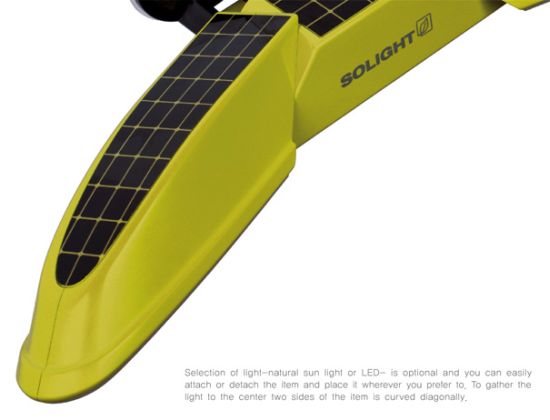 The LEDs used in the light are keeping in sync with the concept of green energy. The red LED aids growth in the plant while the green LED with the red one helps in the process of photosynthesis. It also helps prevent damages to the plant from harmful insects. 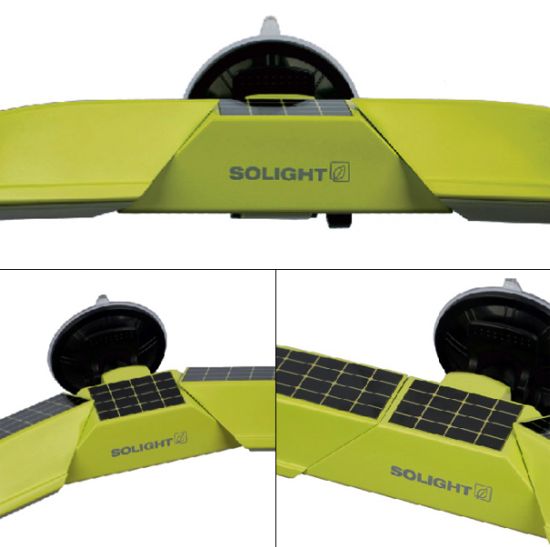 While you see your plants bloom under the Solight you are also assured that a shield has been created around it to keep it safe from pests. This wonderful new design takes you a step closer to having a greener and healthier surrounding.

If you are one of those who promote eco-friendly products, make sure you check out Robot Plant and Tasty Frame.