The background is stark white in color and as clean as a blank slate. Against the pure white background sits a tilted bucket, which has paint pouring out of its wide open mouth. The bucket is tilted at a comfortable angle with the paint pouring out of it in an artistic, flowing manner. The bucket and paint cascading from it match the color tone of the background – snow white; if it had been any other color, the installation would probably not have the dramatic effect it currently has.

The snow white colored bucket and paint are not a piece of installation or conceptual art as some of you may have imagined. The paint and bucket ensemble is a modern day lampshade concept born out of the mind of designer Yeongwoo Kim. This artistic lampshade concept is aptly titled ‘Pouring Light’. 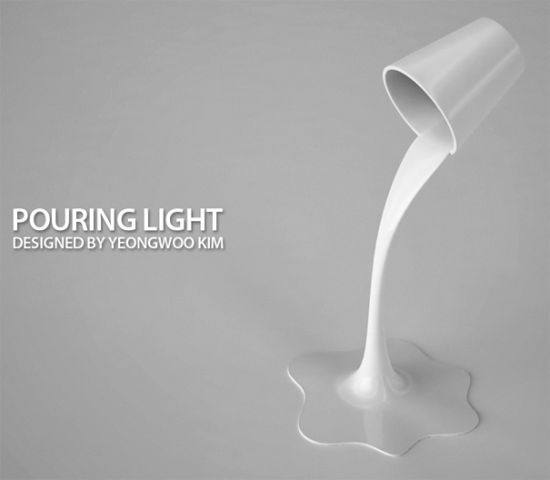 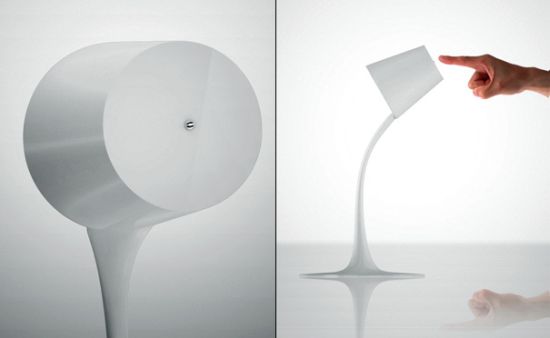 In Pouring Light, Yeongwoo Kim has used the basic framework of a traditional lampshade – covering shade, bulb, and stand-in a manner that is both, innovative and aesthetically creative. Your eyes will light up in delight as it rolls over the smooth, sleek body of the inventive lampshade concept. 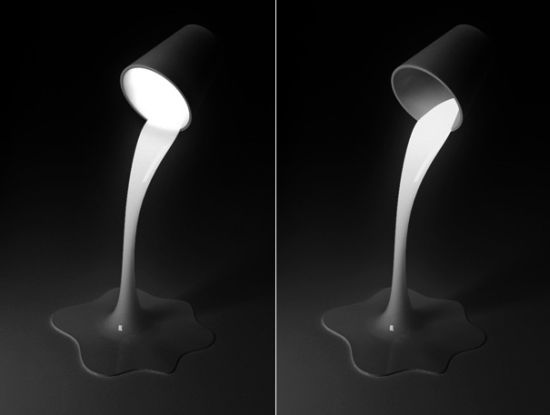 Pouring Light consists of a white colored paint bucket that is tilted at an angle. The paint bucket fulfills the function of a covering shade as well.  The stiff, molten white paint flowing from the bucket is the perfect combination of form and function. It functions as the ‘bulb’ of the lampshade as well as the ‘lamp stand’. 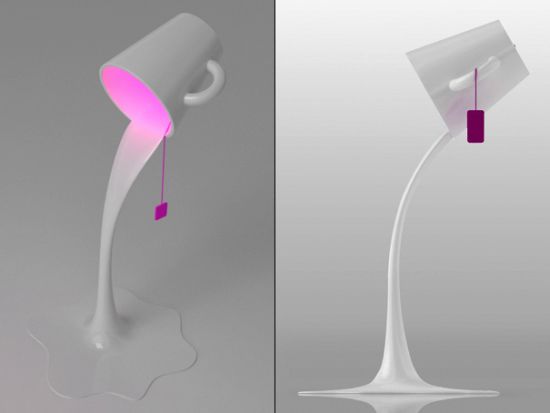 What makes Yeongwoo Kim’s creative lampshade concept an eagerly awaited reality is the fact that Pouring Light would use energy saving LEDs rather than power hungry light bulbs. The lampshade concept seems a perfect blend of visually appealing looks and user friendly function. 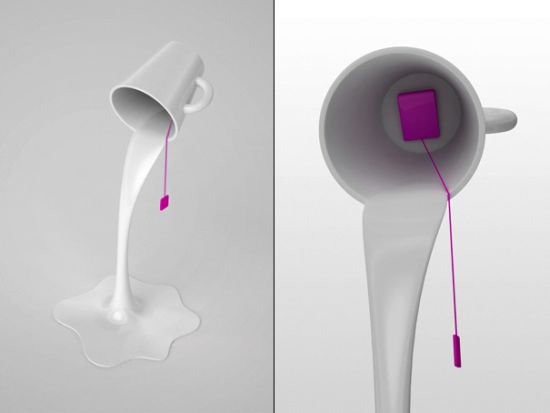 The next generation lampshade concept works on the principle of phosphorescence to create a lingering and mesmerizing effect. Pouring Light is simply not content with the function of lighting up a room. The concept’s true motive is to produce a flow light that will evoke an enduring emotion from the user.

To know more about such lampshades, do check out Bicycle Chain Lamp and The Dog Lamp.