Has anyone heard of using a lipstick other than on the lips? A latest invention called a lipstick sentence-generator is one instance where a lipstick has not been used as an applicator on the lips but for something differently productive.

Janet Zweig’s newest invention alters the traditional function of a lipstick and comes out as a unique product. The Brooklyn based designer has used 1200 resin lipsticks to create a sentence generator that not only looks attractive but is also efficient. 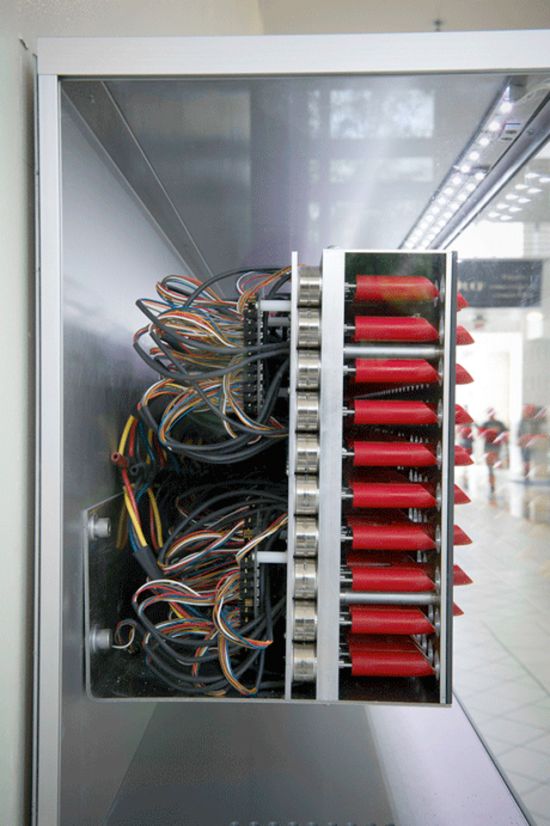 The sentence-generator is computer driven and contains 1200 stepper motors, one each for the 1200 lipsticks used for the innovation of the device. There are 60 circuit boards to enable the functioning of the stepper motors, and thus the lipsticks generate the required sentences.

With the help of a lexicon specifically created by Janet Zweig and a certain set of rules, the software used in the gadget writes new text sentences and displays them when a motion detector is triggered.

The invention is a highly complex yet highly simple. The artist who is currently a tutor at the Rhode Island School of Design at Brown University who has won several awards in the past for her brilliant creations, has once again managed to create a one-of-its-kind engineering initiation.

At present, the device appears to be just a prototype but given time, it could prove to be an amazing gadget to come under mundane use. Many times it so happens that when it comes to sentence-generators which use lights to display texts and words, when the lights run-out, it becomes difficult to understand the meaning of the word or the text. The lipstick sentence-generator will enable to resolve this problem because of the very absence of lights. However, if the absence of lights could be a problem during evening hours, then the situation can be easily remedied too.

For some, a lipstick might just be an accessory, but for creative artists – as proved by Janet Zweig – lipsticks do have other uses. And for some, who look upon a lipstick with scorn, this invention is enough to prove that a lipstick can be successfully used to work in other areas too – especially in the areas of science and technology. 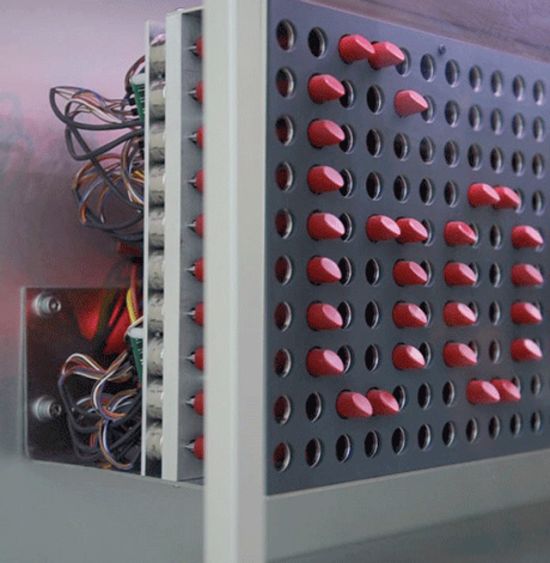 In today’s modern times where revolution is the key to solve every problem and create newer ideas, the lipstick sentence-generator adds a completely different feature to the area of science and technology. In these times when there are talks about electricity conservation and energy preservation, this is a fitting response to tackle the energy problems and crisis and offer the service that is required to be provided by it.

If this was not enough, you need to take a look at Breathable Chocolate that you can eat! And those of you who are computer geeks, check out Lipstick USB Flash Drive.