World’s fascination about dinosaurs and their extinction keep increasing every day. The giants who walked and ruled the face of the earth once upon a time have an endearing and vulnerable appeal maybe because they got wiped out due to Nature’s wrath in spite of all their strength and maybe that’s why they inspire everyone from scientist to creative designers. Here is a DIY Dinosaur Lamp package which helps build three different species of dinosaurs using cut plastic sheet designs which can be slotted together. 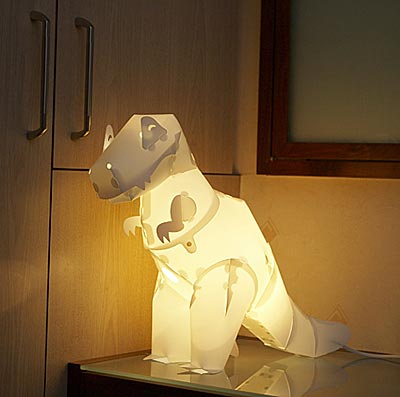 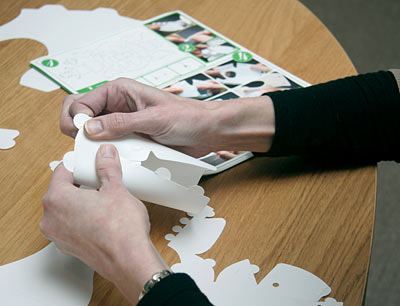 After recreating dinosaurs using fossils found in the sands of time, dinosaurs have been built in science museums, amusement parks and they have made to come alive through movies like Jurassic Park.  Following these DIY instructions one can recreate an extinct age of Triceratops or Diplodocus or T-Rex easily and use them as glowing lights for fun, study and further explorations.

Kids will surely love to have a great collection of glowing dinosaur lamps and DIY is a great fun activity so they might want you to get all three dino DIY products each costing $19.99

(not including the lights).  Assembling each of them takes some 30-40 mins, so it will also be  good test of patience for geeks.

If you are very keen about doing making animals yourself using your ten fingers then you would love to see couple of these creations – Amazing Origami and Animated Remote Control Dog.